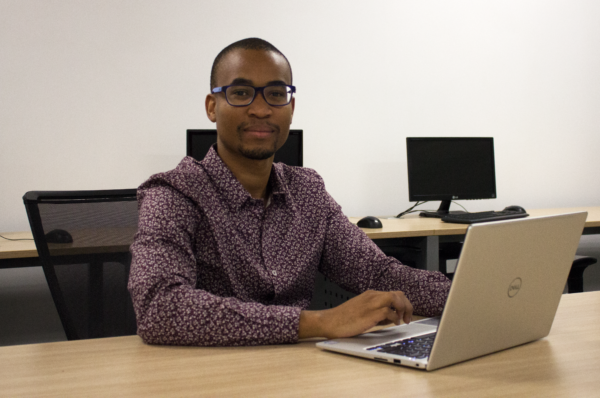 A Wits computer science student has been selected to attend the 7th Heidelberg Laureate Forum (HLF) which takes place on September 22 – 27.

Oduetse Nthetse, who is doing masters, is researching information extraction on web data with a focus on evictions in South Africa. He found out on Tuesday, April 16 that he would join 200 researchers in Heidelberg, Germany for the exclusive mathematics and computer science forum.

As a networking conference, the forum aims to encourage interaction among researchers through poster sessions, workshops and lectures presented by award-winning laureates.

Nthetse told Wits Vuvuzela that he was looking forward to being inspired by his heroes and getting to understand what drives them.

“Having that many different perspectives of such brilliant minds will do wonders for my research,” said the 26-year-old. However, he added that he wanted to “recognise that there is also output from Africa to the world”.

“Suddenly it breaks the barrier of education from ‘I’m just a Wits student’ to ‘I’m a student of the world,” said Nthetse.

Wylder Green, a communications employee for the HLF Foundation said the informal atmosphere of the forum is to encourage dialogue between the laureates and researchers.

He added that, “Hopefully, [the attendees] can find inspiration from being surrounded by other bright minds from various backgrounds.”

Attendees are chosen by international mathematics and computer science selection committees whose members are drawn from award-granting institutions such as the Association for Computing Machinery, the Norwegian Academy of Science and Letters and the International Mathematical Union.

“Each application is reviewed by at least three international reviewers who rate the applications and an average is taken of the ratings,” Green told Wits Vuvuzela. The final decisions are made by the HLF Scientific Committee.

“There is no Nobel Prize for mathematics or computer science,” said Sigrid Ewert, Nthetse’s dissertation co-superviser. “Therefore these fields often don’t get the degree of exposure that areas such as physics, chemistry or the health sciences get.”

That’s why the forum is important in promoting mathematics and computer science, according to Ewert.