Wits University renamed the tutorial and lecture rooms at the North West Engineering building on Monday, April 15, to create a better learning environment and as part of transformation.

The new names are Tshepo (hope, in Sotho languages), Imbizo (gathering in IsiZulu), Tumbulwa (discovery in Tshivenda), and Curiosity.

The idea to rename and redesign the lecture and tutorial rooms was first introduced by the Chair of the Mechanical, Industrial and Aeronautical Engineering (MIA) School Transformation Committee, Professor Claudia Polese, in March 2018.

In her motivational letter Polese wrote that: “The primary purpose behind the renovation of the North West Engineering tutorial and lecture rooms was to develop creative and collaborative spaces where students were able to work together.”

She told Wits Vuvuzela that, “The venue was quite old, so the plan was to create a welcoming space as well as a space that spoke to an engineering student. The renovation was not only about renewing the space but it was also a part of the transformation taking place in the university.”

Before the renaming could be approved, the university council and the naming committee had to make sure that the changes corresponded with the policy on naming university assets. The guiding principles state that, “Naming of assets must not detract from the institution’s values, dignity, integrity, or reputation, nor create a conflict of interest…or confer special privileges.”

Senior lecturer at the school, Dr Randall Paton, said that the names which were suggested by the school’s transformation committee had brought about a level of transformation in the university.

“I think  the careful selection of names that represent a broad part of South Africa’s languages means that the venues will feel more welcoming to those that have historically felt excluded from the university’s spaces,” Paton said. He added that previously there was a lack of spaces for students to study and work on their group projects.

Fourth-year industrial engineering student, Sesanele Dlamini, said the changes had brought a more welcoming feel. “It feels more like home and the environment is more conducive [to learning] which has increased the productivity of the students.”

Name plaques with the new names are yet to be placed on the buildings. 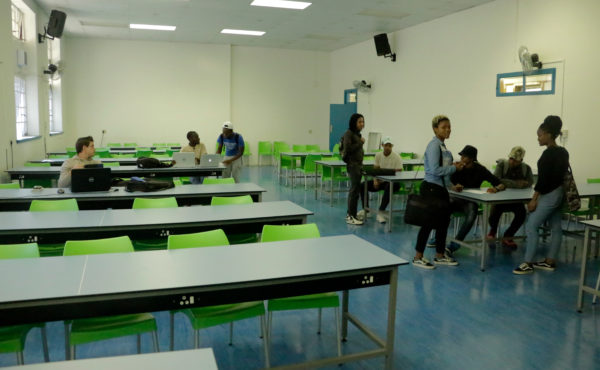