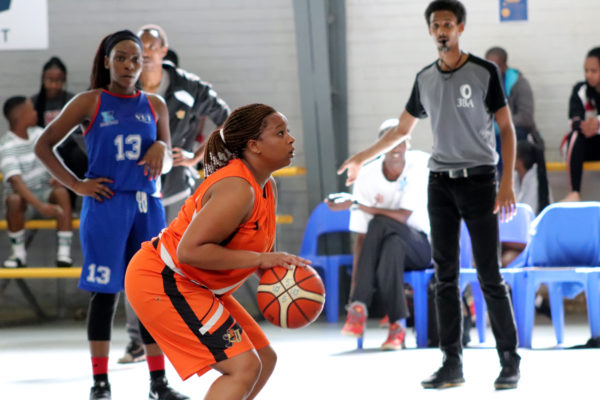 FREE THROW: The women’s final game of the Wits Ashraf Lodewyk Memorial Basketball Tournament started with a bang during a clash between Phoenix Flames and the University of Johannesburg Galaxy. Photo: Stephanie Schaffrath

Phoenix Flames (Ladies) and Phenomenal Phenoms (Men) claimed victory in the 15th annual Wits Ashraf Lodewyk Memorial Basketball Tournament at Wits University, in Hall 29 on May 5. The Phoenix Flames is a Johannesburg based ladies’ basketball club that was founded in 2016 by a group of women who saw a need to not only start a basketball team, but also grow women’s basketball in South Africa. The Phenomenal Phenoms is a men’s team made up of players from various countries in Africa.

“We led the game from the start and were up by 10 points at half time, despite being in foul trouble in both quarters,” player and chairperson of Phoenix Flames, Charmaine Amoda, told Wits Vuvuzela.

Following their twelve point lead, Phoenix Flames seemed almost too comfortable returning to the court for the third quarter, which saw UJ Galaxy score a total of 13 points and Phoenix Flames only scoring eight.

At this point the score was 42:35 to the Phoenix Flames.

In the end, Phoenix Flames beat UJ Galaxy with a score of 58:54, where the last four points were scored by the Phoenix Galaxy ladies in the last ten seconds of the game.

Coach of the Phoenix Flames, Molupe Thelejane, extended his congratulations to his team’s opponents and told Wits Vuvuzela, “It was always going to be a game about which team made the least mistakes when tired, and fortunately we made a few less today.”

“It has been a privilege to coach this special group of women. All in all, a good game with some excitement towards the end,” added the team’s coach of two and a half years.

UJ Galaxy post player, Botshelo Ezeife, said, “I hoped we would win but we made a lot of silly mistakes at the beginning because our heads weren’t in the game. In the end we managed to push through and close the gap between our opponents and us.”

“It may not have turned out the way I expected but I had fun,” added Ezeife.

The teams were neck on neck for the entire first quarter, which saw one of the two teams score on an average every 45 seconds. The quarter ended with Wits in the lead by one point, leaving the score at 24:25.

The Phenomenal Phenoms ended the second quarter 18 points behind their opponents, with just 37 points. 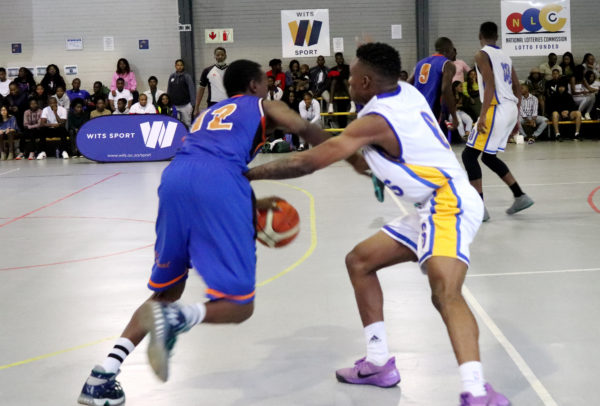 Wits continued to struggle throughout the third quarter, which ended with a score of 58:69.

The fourth quarter was the most active and intense quarter of the game because the result of the game was unpredictable right up until the very last few seconds.

The Phenomenal Phenoms got off to a slow start, only scoring their first points during the fourth quarter after two minutes. Wits, however, scored within the first 30 seconds and then scored another five times.

With less than eight minutes left on the clock, the Phenomenal Phenoms picked up their game and won the tournament with a six point lead. The final point was scored in the last three seconds of the game.

“This has been a tough year for the team in general, so winning this championship means a lot to us. Today we made history for our organisation because we have never won before,” said player and captain of the Phenomenal Phenomes, Vincent Ntunja.

The losing coach from Wits basketball, Tshiamo Ngakane said, “It was an amazing final and certainly the best I have ever been involved in as a coach. The boys gave everything, especially having come back from a 20-point deficit to then take the lead.”

FEATURED IMAGE: The women’s final game of the Wits Ashraf Lodewyk Memorial Basketball Tournament started with a bang during a clash between Phoenix Flames and the University of Johannesburg Galaxy. Photo: Stephanie Schaffrath