Hudson was celebrated as teacher, colleague and friend

Hudson, who passed away on June 22 at age 68,  was remembered as an academic who went beyond his teaching role to changing the lives of his colleagues and students.

One of Hudson’s former students, Dr Mbuyiseni Ndlozi, the national spokesperson of the Economic Freedom Fighters (EFF), said teaching was the centre of Hudson’s academic position.

“We did not choose him because of academic superiority but because he understood we were activists,” he said.

Ndlozi said Hudson understood that politicians such as himself were “disruptors” and affirmed political actions rather than dismissed them as other Wits academics did.

“Peter was one of the academics who would oppose police on campus and supported [the Fees Must Fall movement] and would add his name to petitions against expelling students but he never joined the picket lines as he did in the 1970s,” Ndlozi said. 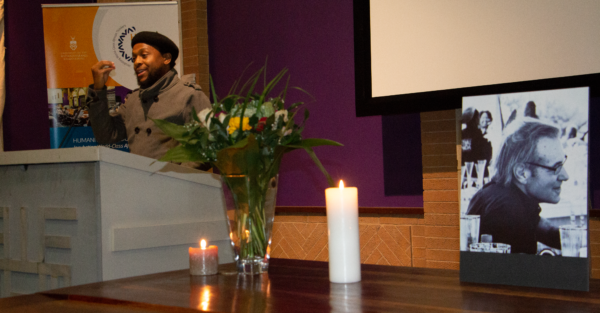 In the 1970s, Hudson was the National Union of South African Students (NUSAS), wage commission co-ordinator and was involved in the formation of the independent trade union movement.

“Peter was an activist, just like me, when he was young,’ Ndlozi said.

Hudson retired in 2015 after having lectured at Wits for almost forty years but remained a sessional lecturer until his death.

Hudson also gave postgraduate seminars on structuralism and post-Marxism and undergraduate classes on political theory and social theories of modernity.

“Those courses were popularly picked, even before students knew Peter, because his reputation preceded him,” said Dr Stephen Louw, a former student and colleague of Hudson in the politics department.

“[Hudson] had this relationship with scholars, teachers and students from first year and many doctoral students who have become important figures in real life,”.

Hudson’s funeral took place on June 26 and he is survived by his wife Lesley and son Daniel.