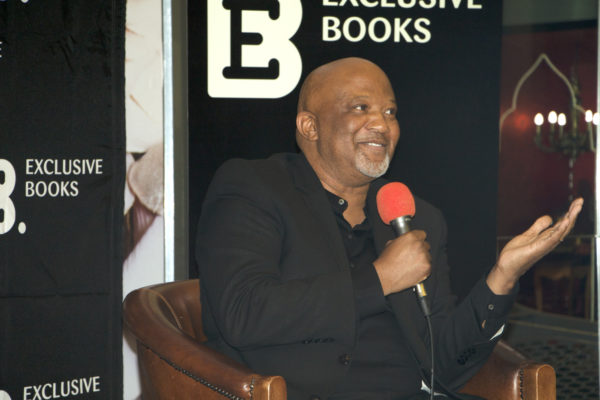 Former finance minister Mcebisi Jonas has urged President Cyril Ramaphosa to make a choice between his political party and the country, and to make it soon. “The longer it takes for that choice to be made, the more trouble we face as a country.”

Jonas was speaking at the launch of his book, After Dawn: Hope After State Capture at Exclusive Books in Hyde Park on Tuesday, August 13.

“The major dilemma facing the president is whether you continue striving for the unity [and] strengthening of the ANC or you actually strive to build a better country, strengthening democracy and growing our economy,” he told the gathering made up of people of different ages and races.

“The country needs a state president” rather than “a party leader in state house”, said Jonas.

Broadcaster Redi Tlhabi, who led the discussion, opened the proceedings with: “If you are stimulated by [former president Jacob] Zuma and salacious commentary about who makes who and who said what, this is not the book for you… This book is for someone who has gravitas, who wants to imagine the future.”

In the book Jonas addresses state capture and possible solutions. The preface refers to the incident when Jonas refused R600m offered by the infamous Gupta brothers in 2015, as part of conditions to make him finance minister.

“The audacity was very clear, these guys being foreigners in South Africa…quite frankly they didn’t sound very clever,” he said, as the audience dissolved into laughter. “The fact that they had the audacity to say those things to a deputy minister, to say that they will appoint me minister of finance clearly indicated their strength politically.

A member of the audience, Sistah Hlongwane, questioned Jonas’s decision to leave parliament after he was fired by Zuma in 2017, only to raise these critical issues now, and called him a coward.

“The experience in government was very crucial for me,” responded Jonas. “The fact that I am sitting here, should tell you something, that I’m not a coward, at least it should. Because if I was, I probably would be doing something else.”

Kaya Nyati told Wits Vuvuzela the book was a wake-up call for people to get up and become active citizens. “It at least gives you hope that there are some politicians out there who are not emotional about issues, who are actually applying their mind and actually wanting to get to the solutions,” she said.

Jonas told Wits Vuvuzela that he hopes the book “will generate some discussions on the real challenges we are facing and ignite a conversation about where the country needs to go”.

Wits University will host another discussion on Jonas’s book on August 20.