Witsie against Witsie in battle for top fencing honours

Absence of spectators does nothing to diminish competitive spirit.

Throughout the tournament, which was organised by the student club members, both Harry Saner and Thobekile Moyo dominated in their relevant respective categories, scoring 15 points for each of their rounds.

In the final round, Saner, who has been fencing for 10 years, finished six points ahead of his opponent. He has only recently become a member of the fencing club, but he hopes that his international fencing experience will assist him in becoming vice captain soon.

“The club has tonnes of room for improvement and I’m really looking forward to helping the club reach its full potential,” said Saner.

“Winning the tournament was great. I had a really awesome time fencing the Witsies and I cannot wait to do more with them,” the first-year mechanical engineering student added.

Moyo, a third-year BA general student, won the ladies section of the tournament with a four-point lead.

“It felt good winning the tournament. Victory is always sweet,” said Moyo, who won her first internal tournament about a year ago, having only started fencing seven months before. 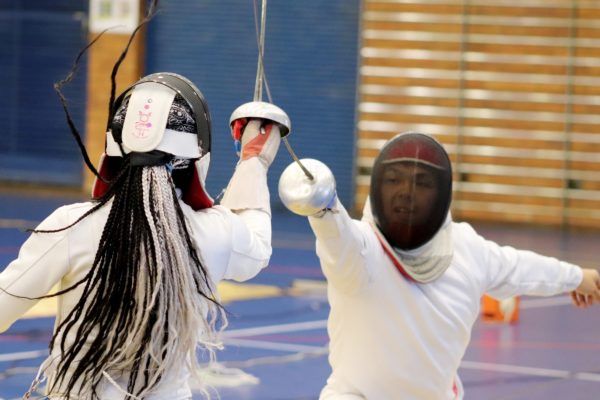 Twenty-year-old, Edmund Eugene Hattingh told Wits Vuvuzela, “The internal tournament was pretty fun. These kinds of events are  great for training purposes, but also because they give us the opportunity to establish both our provincial and national rankings.”

His team mate and secretary of the fencing committee, Letang Mhutsiwa, added, “I greatly enjoyed the tournament because of the mixed pools where we got to fence both male and female competitors.”

This came as a result of the limited number of competitors, despite the club having 30 registered members and 20 active ones. The committee therefore decided to only have gender specific categories in the final rounds.

The tournament was initially supposed to take place the previous weekend, but because of the long weekend it was postponed by a week. On the morning of the tournament, the club experienced some technical difficulties that delayed the start of the tournament by two hours.

“Even though there weren’t many entries, I am sure that with better organisation and a little enticement, we will improve both numbers of fencers and draw in a crowd,” said Saner, who was disappointed by the lack of spectators.