Witsies in the winning South African hockey team now stand a chance to attend the 2020 Olympics. 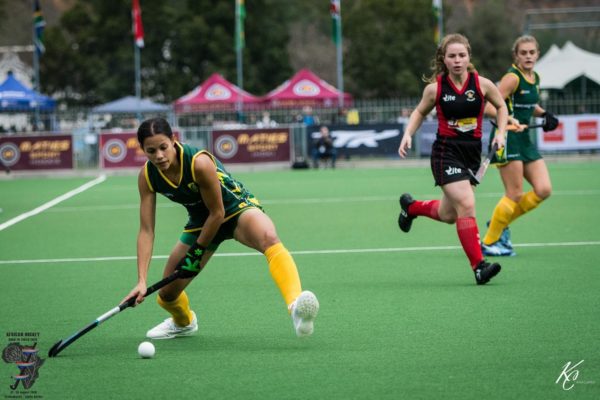 Robyn Johnson passes the ball during an African Road to Tokyo match, where she was part of the national team that qualified for the 2020 Tokyo Olympics. Photo: Provided

Two Wits University players were part of the South African national women’s hockey team that qualified on Sunday, August 18, for the 2020 Tokyo Olympics.

The team, which included Witsies Nomnikelo Veto and Robyn Johnson, won the final match of the African Road to Tokyo Olympic qualifier against Ghana at Stellenbosch University, securing a spot at the Olympic Games.

Veto, who is a third-year BA student, said: “I still cannot believe that now we have a chance of going to the Olympics.”

She said they are now waiting for the government to decide which teams will be sent to Tokyo, and she hopes the hockey team will form part of the contingent.

“If we do go to the Olympics, I’d hope we can compete with the other countries and not lose by big margins,” continued the national striker. “At the end of the day we want to play against the top in the world and at the Olympic Games you are playing against the best of the best.”

Research methodology postgraduate student Johnson plays in the midfield for the national side. She said the team is working towards being able to compete at an international level.

“The possibility of playing in the Olympic Games has always been the ultimate dream,” said the 28-year-old. “I have worked hard to get where I am right now.” 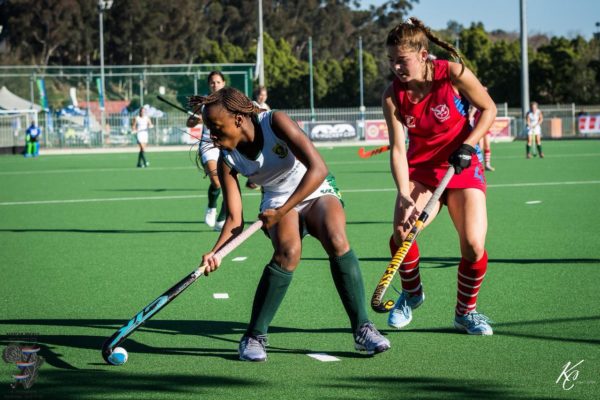 Nomnikelo Veto dribbles the ball as a striker for the South African women’s team which has qualified for the 2020 Tokyo Olympics. Photo: Provided

Wits hockey head Sharmin Naidoo said, “Nicky (Veto) is a fast and skillful striker. She always puts the team first, on and off the pitch. She works hard for the team.”

Naidoo added: “Robyn’s experience and knowledge of the game have helped other players improve and develop. She has certainly been a role model for the youngsters coming through the system.”

Selection of the national side that will travel to the 2020 Olympics has not yet been done, but both women are hoping to be part of the team.