New music for a new age

Wits students create a two-piece musical project as a sign of the times.

Two Wits students have created a band that releases electronic playlists (EPs) every Friday for the duration of August on streaming platforms.

dJinns is an independent two-piece musical project created to merge a diversity of musical genres to tell the story of the modern era.

Francesco Mbele, a BSc student in urban and regional planning, who is the band’s singer and songwriter, and BA general student Jessie Elk, the band’s composer and producer, create EPs which they release on multiple platforms such as Spotify, Apple Music, iTunes, SoundCloud and YouTube.

“We didn’t want the music to be categorized into a specific genre and a specific style. That comes with the name djinns, which translates from Arabic to the word ‘demon’, because djinns are able to morph,” said Elk.

The duo began dJinns during a spontaneous mushroom trip at a house party in 2018.

“dJinns began by being on a different plane of consciousness,” said Elk. “We both had our own ideas of what music should be like, but we both had an unspoken shared vision for something new.”

Mbele and Elk come from different musical backgrounds, but when they come together they “meld creatively”, said Elk.

dJinns does not fit into any preexisting boxes. Out of the four songs they have released, each song has a different sound and a different theme.

River Moon, an American songwriter and producer, who collaborated with the duo on their recent single ‘San Junipero’, said, “dJinns has something new to offer the music scene in South Africa. I don’t really see a lot of kids doing music like them. I’ve been a fan of their work since they dropped ‘UAE’ and every track is very different, but still has a very distinct sound that is unique to dJinns.”

San Junipero is an ode to episode four, season three of the Netflix series Black Mirror. The episode was shot in Cape Town, where Moon resides and the duo met him at a Faka and Angel-Ho party in 2018.
The use of drugs played a significant part in the creation of dJinns’ music. 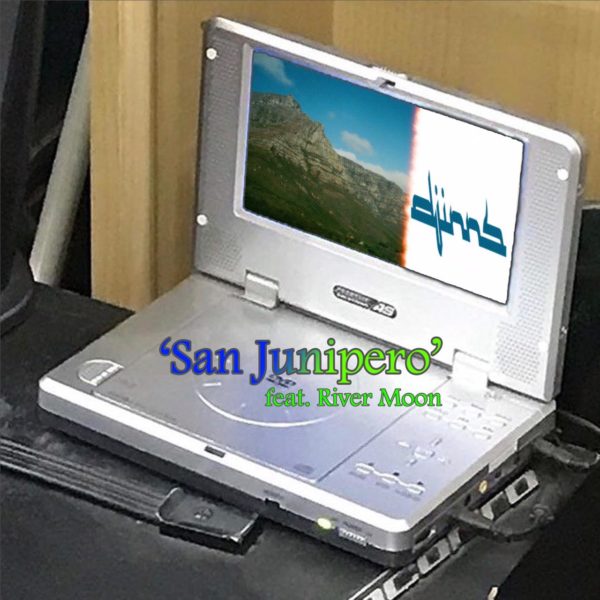 “Semi-regularly, I find it cleansing to have a psychedelic experience. My creativity goes to another level because you gain inner knowledge. It just changes your perspective. It makes you self-aware,” said Elk.

Mbele said it makes him more empathetic and forgiving, which is reflective in their music.

Drugs have not changed their sound. The duo said their sound has matured and they are enabled to refine the music they create.

“The people who need to experience [the music] will experience it,” said Mbele.

Elk said there is frustration among his generation over what is current.

Their latest single, ‘Third World’, will be released on Thursday, August 22 at midnight.