Wits women need to be wary of people they already know, instead of being alert only in unfamiliar places and situations.

Women at Wits have been warned to be as suspicious of men they know as they are of strangers in a dangerous situation.

Wits professor Antje Schuhmann, an expert on gender-based violence (GBV), gender equality and sexuality related issues, advises women to analyse the power balance between them and anyone who might be a threat to them in a dangerous situation, be able to use their voice effectively and know how to defend themselves physically.

According to statistics published by Africa Check, about 110 rapes are recorded by South African police every day. This adds up to more than 40 000 cases a year, although this number might not be entirely accurate since many rape cases are not reported to the police.

It is a disturbing fact that a high percentage of assaults are committed by perpetrators known to their victims. According to recent data from Stats SA, women are more likely to be raped by men known to them.

After recent protests against gender-based violence, Wits Vuvuzela spoke to Professor Schuhmann from the Wits political studies department, to find out how potential victims can best protect themselves in a dangerous situation.

“Currently there is a narrative to not fight back because (resistance) might make things worse (for the victim),” said Schuhmann. 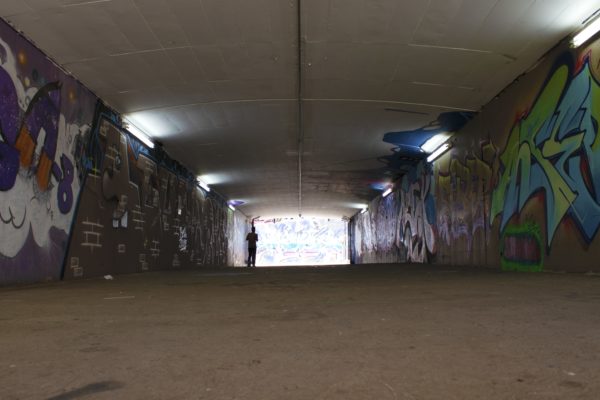 For this reason, the Wits professor recommends that potential victims first assess their situation and determine their attackers’ intention, capabilities and resources. She said they should also assess objects within their reach, for instance handbags, coffee mugs, hot liquids or even sharp pencils, which could be used for defence. “Every woman should follow her gut feeling because every situation is different and she really has only split seconds (to decide),” cautioned Schuhmann.

She said women need to be able to state their resistance verbally in a forceful, insistent way and also give themselves permission to hit the other person. “On a scale from 1-10, most women probably react to the extent of a 4,” said the GBV expert.

Lastly, women need to know their own bodies and how best they can defend themselves, depending on their flexibility and/or the strength of their legs and arms.  It is important, for instance, for potential victims to know how high they can lift their knees or where they can inflict on their attacker the most pain with an elbow.

“I don’t feel safe living in a res where men and women stay,” said Thobehile Moyo, a third-year BA general student. “I have even been followed to my room by a guy I didn’t know, and two days before that he followed my friend too. It was really scary. “We basically live in a space where we never feel safe,” said Moyo. “But isn’t this supposed to be a secure area?”

A 21-year-old Wits student, Jenna Scott, said, “I mostly feel safe on campus, but I don’t like coming back at night and I am definitely more paranoid in quieter areas where there are fewer people.”

Schuhmann said most women are alert when they find themselves in foreign surroundings. She says, however, that the narrative of “stranger danger”, which implies that strangers are more dangerous than people we know, is a myth: Women can also be attacked by people they know, and this is especially dangerous because it takes them by surprise.