Coaches bid against each other leading up to the Johannesburg Volleyball Union Premier League in September.

A volleyball player received the most expensive bid for a Witsie during a Johannesburg Volleyball Union (JVU) bidding session on August 30.

The bid was amongst three coaches who bargained for players from various women’s teams to play in the 2019 JVU premier league later this month. The coaches, Comfort Munya from Wits, Bheki Mamane from UJ and Prenesh Nana from Quantum Volleyball Club, were each allocated R1.6 million to bid for 17 players for each of their teams, although no real money was exchanged. 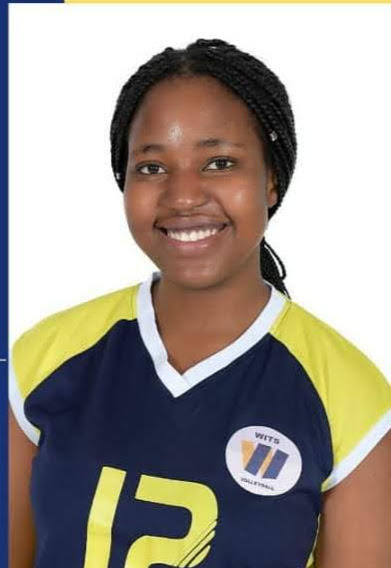 Nlhanlha Mlambo is proud to be playing on behalf of Wits in the upcoming Johannesburg Volleyball Union Premier League. Photo: Provided

Fifty-one players in the JVU were up for bidding amongst the three coaches. The newly formed teams from the bidding, will play against each other during the tournament this month. The highest bid for a Wits player, was a R100 000 for Nhlanhla Mlambo, 27% higher than the average amount of money each coach was given to spend on a player. Raycine Nana from UJ was the overall highest bid, costing Coach Prenesh Nana R400 000. Given her experience as a former national team player, it came as no surprise that the highest bid was made for Nana.

Mlambo’s skill as a setter made her the most wanted Wits female volleyball player during the bidding. “Coach Bheki did not waste any time in bidding for Nhlanhla,” said Wits Jaguars coach, Comfort Munya. “Nhlanhla has proven herself (since coming to Wits in 2018) and has shown us that she wants to grow,” added the 35-year-old coach.

Twenty-year-old Mlambo first started playing volleyball in primary school and in her final two years of high school she played for the Gauteng provincial volleyball team.

“Nhlanhla usually plays setter so she is basically the engine of the team,” said Wits teammate, Limpopo Molife. “Setters are very calculative people ̶ always staying one step ahead of the game,” she added.

As a setter, valuable skills include, but are not limited to, great leadership, a good understanding of the game and efficient multi-tasking.

“Playing with people that have no history of playing together makes me nervous and happy at the same time. It will test my ability to adjust to a new environment, challenge my ability as a player and most importantly, challenge my mental strength,” Mlambo told Wits Vuvuzela.

Traditionally the JVU Premier League takes place in August and only women teams participate in support of women’s month. This year, however, the league has introduced friendly games between men’s teams in order to give the women a chance to rest, as well as to create awareness surrounding women empowerment among male players and their supporters.

FEATURED IMAGE: Nlhanlha Mlambo is proud to be playing on behalf of Wits in the upcoming Johannesburg Volleyball Union Premier League. Photo: Provided