By Ortal Hadad and Gemma Gatticchi 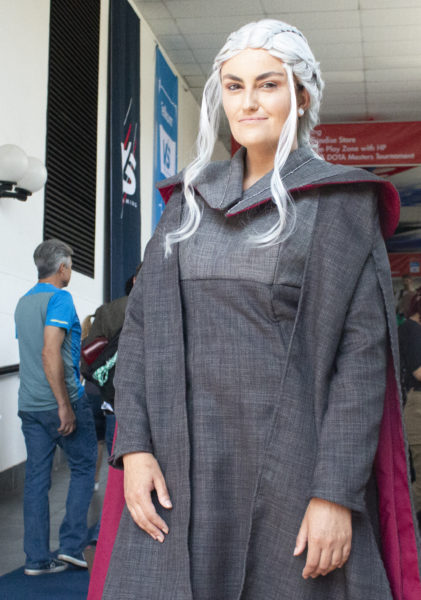 The four day event also introduced the first KidsCon in Africa which included a live activation LEGO® station which was arguably the largest LEGO® event on the continent.

“The gaming hall is all on its own now and it’s a huge hall. The artists’ alley is three times as big as last year,” Carol Weaving, managing director of one of the organisers, Reed Exhibitions, told Wits Vuvuzela.

Weaving said it takes roughly a team of 15 permanent staff members 12 months to pull off an event like Comic Con.

“The extra space meant that [Comic-Con] could do a lot of nice fun things like the board games hall … where people could sit with friends and play board games,” said Bailey.

Although we found the magnitude of the event slightly overwhelming, we felt the convention was inclusive of all types of fandoms.

“I think it’s so all encompassing,” said Steven Beckett, the marketing and project coordinator of the event. 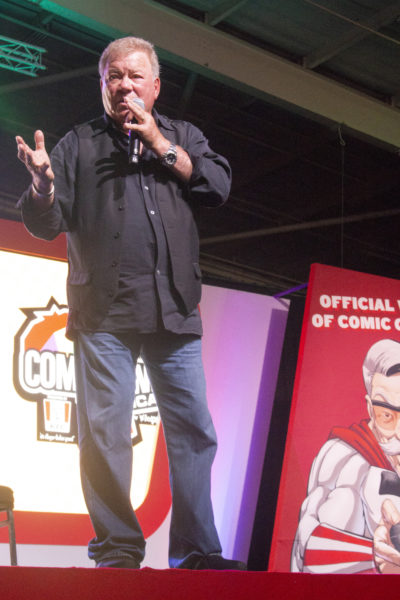 “If you look at cosplay, people are now dressing up as older characters as well as newer characters and more recent stuff or even something fun that they designed by themselves,” he said.

Whilst it was common to see cosplayers dress-up as older characters like Princess Leia from Star Wars, there were also many dressed up as newer icons such as Khaleesi and Khal Drogo from the Game of Thrones.

The age range at Comic Con Africa became clear during Shatner’s, 88, panel discussion where he answered questions from the older audience members and even encouraged a 16-year-old singing and acting hopeful to serenade the crowd.

“William Shatner reaches to the older crowd but now if you look at the fans standing in the queue, it’s people that weren’t born when he was recording Star Trek. It just shows you that you can’t even look at one celebrity and think it is for the older guys,” said Beckett.

Although he could not reveal any names yet, Beckett promised next year’s line -up will excite old and new fans alike.

“The main aspect of Comic Con Africa is the fact that it is for the fans by the fans.” said Beckett. “We give fans what they want ideally and we want to make sure it will always be like that.”