Wits hockey players have the chance to represent the country at the prestigious sporting tournament in 2020.

Seven Wits hockey players were selected to be part of the South African Olympic squad for the 2020 Olympic Games in Tokyo, Japan. 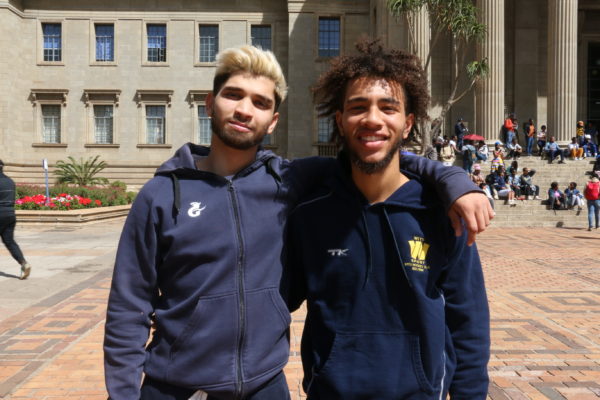 The men’s selection of the players were based on those who impressed recruiters at the seniors IPT (Interprovincial Tournament) that took place from August 26-31 in Bloemfontein.

Rusten Abrahams, Cody van Wyk and Chad Futcher form part of the 45-man squad. Only 18 of the players will make up the final team that would head to Tokyo next year.

Both Abrahams and Van Wyk expressed their surprise and excitement after being called up to the squad. Abrahams, a third-year biokinetics student said he is grateful he has an opportunity to work “towards my dream of one day becoming an Olympian”.

Van Wyk, a masters student in microbiology, shared the same sentiments as Abrahams. “I was really surprised when the squad was announced, but things have settled down for now and I have started training again,” said Van Wyk.

Both South African men and women’s teams had missed out on playing in the previous 2016 Olympics in Rio due to SACOC (South African Sport Confederation and Olympic Committee) criteria on how both teams would perform internationally by determining if they would realistically be among medal contenders throughout the Olympic Games. Both SA teams had not met this criteria, and were omitted from going to the Rio Olympics.

However, after both teams won in the Africa Cup of Nations in August which secured their Olympic qualification in Stellenbosch, it was later announced that both teams would be a part of Team SA to go to Tokyo.

Both players believe that South Africa must have a will to push themselves as it will be a difficult journey, with Abrahams saying, “SA have the potential to do well at the Olympics and place higher than they have ever placed before.”

With players such as Austin Smith, Jethro Eustice, and Tim Drummond sharing almost 400 international caps, both Abrahams and Van Wyk said playing and being in the same environment as those with international caps will be different since they have trained more than those at varsity and club level. They both see it as an opportunity to learn more. “It is always amazing to play with players who have the same goals as you, as it always brings the best out of each other,” Abrahams told Wits Vuvuzela.

Both players have goals to represent the country at the highest level, be it at the Olympics, the World Cup or Commonwealth Games. Van Wyk said he would like to also “test myself and compete in European leagues where hockey is a culture.”