A group of friends celebrate spring with a twist.

Five Wits students hosted a party for university students at the rooftop Agog Gallery in Maboneng on Saturday, September 28.

Joshua Sibeko, one of the organising group known as OutKasts told Wits Vuvuzela the party was hosted at the gallery to buck the trend of hosting parties in conventional venues like clubs.

“SpringInvasion is about introducing  spring to us [students], other than HomeComing, no other place hosts parties during spring that caters to students. We wanted to try and achieve that here tonight”, said Sibeko, third year BA general.

Director of the Agog Gallery, Dr Nicholas Mangeya said the gallery usually attracts a much older crowd and they chose to host OutKasts party because it brought in a younger crowd with university students.

“We like this group [OutKasts], largely because they bring in a much younger crowd.  Their concept was well thought through, which is a curated step by step experience through the year which works with us,” added Mangeya. 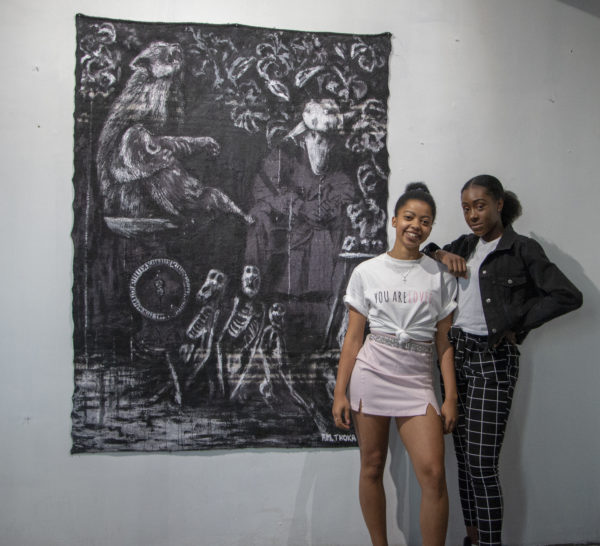 Attendes of the party, Courtney Oerson and Ngozi Ejike pose in front of an art piece inside the Agog Gallery. Photo: Tumelo Modiba.

The atmosphere on the rooftop came to life later in the evening as DJ Caesar McKnight played a set of gqom music. Hookah pipes were available for the guests to rent out as they enjoyed their night.

Siphesihle Dube, a Wits student who attended the event said “this party was more intimate than other events such as Major League Gardens, because it was filled with my mates, people I see on a regular and study with. All of us being together in a setting outside Wits, is great.” 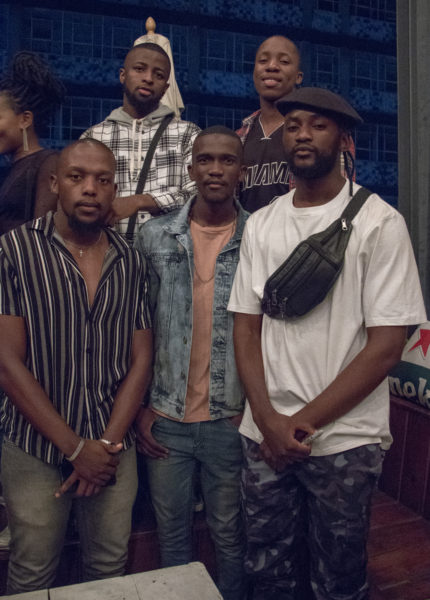 Daryl Nxumalo, a UJ student who attended the party, told Wits Vuvuzela “the party was different to other student events because there was no live music. It almost felt like a house party”.

According to Sibeko, no fewer than 300 people attended the party on Saturday evening, many of whom were Wits students.

The party ended in the early hours of Sunday, September 29 with After Dark Events founder, Snowy Boomin playing a set of a variety of songs from AKA, Travis Scott, and Tyga.

OutKasts hopes to host an event in December, to welcome in the summer season, the dates of which are unknown.