Not so hot yoga

Yoga enthusiasts spice up the 3000-year-old tradition but at the cost of uprooting the practice.

Yoga is en vogue once again but the latest iterations have come with more celebrity adherents and a host of somewhat useless yoga accessories. 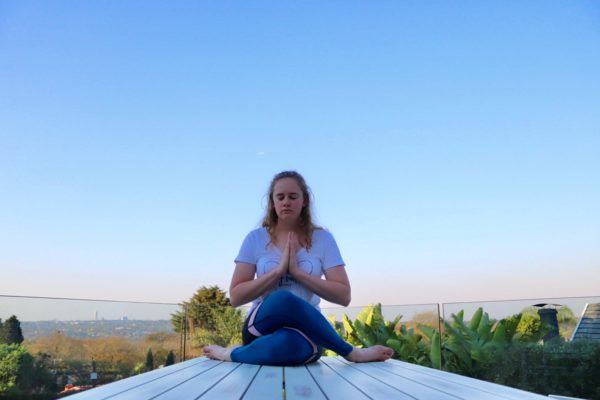 Gomukhasana (meaning cow face) is an intermediate pose that serves to open up the hips. Photo: Stephanie Schaffrath

But as the practice springs up in many unexpected forms and activities, we have to wonder if the death knell of traditional yoga has been sounded. As Karl Lagerfeld once said, “Trendy is the last stage before tacky.”

The core function of the 3000-year-old practice originally lay in the philosophy of therapeutic intervention that is supposed to promote well-being on a physical, mental, emotional and spiritual level.

Ideally, the practice should incorporate both the mental and physical, but with its increasing popularity, yoga is arguably becoming more of a high-performance, sweat-inducing competitive sport than a spiritual practice.

Hot yoga is one example of this. Hot yoga is performed inside a tent that serves as a sauna, in which temperatures reach around 35 degrees celcius.

It, however, remains unrecognized as a yogic practice by the Yoga Alliance, an international non-profit association that serves to promote the integrity of the yoga practice. This comes despite research finding the practice beneficial to the body. 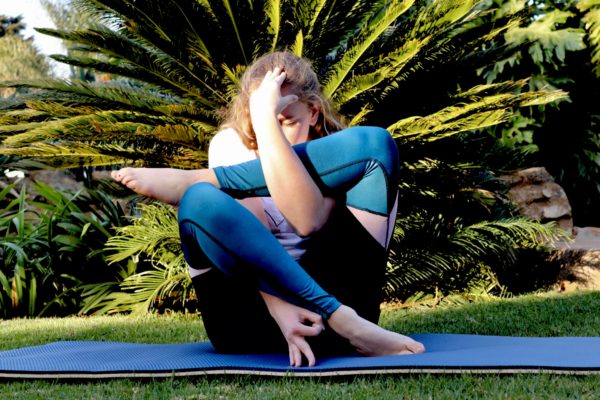 Yoga is a traditional practice that has been around for thousands of years. Photo: Stephanie Schaffrath

Studies have found that doing a class in such an environment improves flexibility by 10%, elevates one’s heart rate and increases sweat production, which is believed to be a good detox for the body, in addition to supposedly increasing physical exhaustion by a third. “I love the warmth and for me, the cosy feeling just amplifies the whole experience,” said Judith Friese,a hot yoga practitioner.

Friese continued to say that when practicing hot yoga, she feels like she is less likely to get injured because her body is so warm.

“I think heated yoga can be beneficial, especially in colder weather, so long as the students are warned of the risks of going too far (in a stretch), with their joints being a lot looser than they may otherwise be,” warns physiotherapist and clinical Pilates and yoga instructor, Sam Shrosbree, who prefers a more gentle approach to yoga.

While yoga instructor and owner of Living Yoga studio in Craighall Park, Sarah Bentz, acknowledged that people choose a style of yoga that best suits their expectations of the practice, she is also of the opinion that hot yoga deviates from the core belief of what yoga is meant to be. 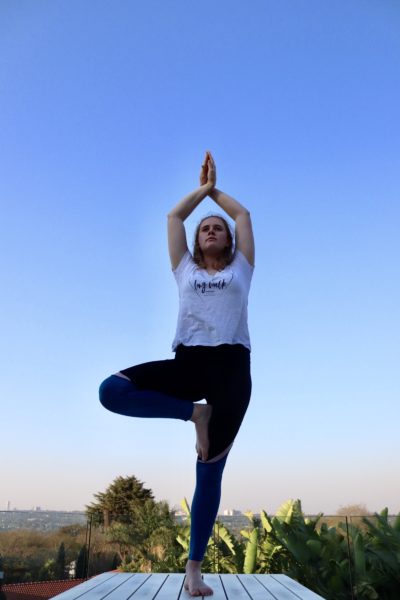 Vrksasana (meaning tree) is a standing pose that strengthens various muscles in the legs, the chest, and shoulders. Photo: Stephanie Schaffrath.

Bentz does not support the notion of practicing in a tent that is artificially acclimatized.

On the other hand, Bentz supports practicing yoga in alternative spaces, as long as they are natural. She said, “Doing yoga in different spaces can be a great challenge because these spaces challenge yogis in different way.”

In response to the possibility of getting injured in such unfamiliar environments, yoga instructor Jo Gibbon said, “The minute you move your body or do any physical exercise, there is a chance of getting injured.”

Shrosbree pointed out that, despite being more challenging, sometimes natural and more environments can actually be a better way of doing yoga.

“I would rather fall out of a headstand onto grass than into a solid wooden floor,” laughed the 37-year-old Wits alumnus.

FEATURED IMAGE: Gomukhasana (meaning cow face) is an intermediate pose that serves to open up the hips. Photo: Stephanie Schaffrath