Online harassment and physical security threats are some of the challenges female reporters are constantly faced with. South African investigative journalist, Pauli Van Wyk, made these remarks at the African Investigative Journalism Conference 2019.

Van Wyk is a reporter for Daily Maverick and is prominently known for her investigation into the Economic Freedom Fighters’ ties to the VBS bank scandal.

“People on social media threatened me by saying that I should be raped and hanged. Political leaders like Julius Malema called me Satan and Dali Mpofu told me that he is not my garden boy,” she said.

Other prominent female journalists in the region including, Catherine Gicheru from Code for Africa in Kenya and Vanessa Offiong, assistant editor of the Daily Trust newspaper in Nigeria, called for more collaboration to combat targeted attacks on female journalists. 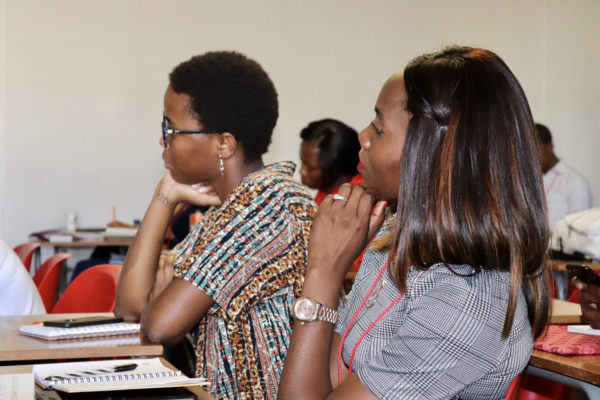 “We need to create a network in our internal and external spaces to receive this support,” said the veteran Kenyan editor, Gicheru. She continued, “women need to get contacts of people who will give them the support they need when internet trolls attack them.”

Offiong said, that despite the severe repercussions that come with being a female investigative reporter, their work was still very meaningful. A report by the Organisation for Economic
Co-operation and Security in Europe states that female journalists face a double-burden by being
attacked as journalists and as women. “Threats of rape, physical violence and graphic imagery show up in their inboxes and on their social media platforms as they go about their workday,” the report stated.

The Freedom House 2019 report, Freedom in the World, postulates that attacks on journalists were
a reflection of democracy in decline. “It has become painfully apparent that
a free press can never be taken for granted, even when democratic rule has been in place for
decades.”

Female journalists face a number of threats both in Africa and globally and call for more support in dealing with these challenges.

FEATURED IMAGE: Catherine Gicheru (foreground) from Code for Africa, points out that when women are criticised, it always seems to go below the belt. Fellow journalist at Daily Maverick, Pauli van Wyk (background), strongly agreed, saying that she had received countless threats via social media. Photo: Stephanie Schaffrath