A Wits University graduate who found dead in her apartment at the end of January, has been described as warm and respected by a close family member.

Dr Yasmin Ibrahim, 45, was found dead after being shot in the head while her partner was also found dead in the same location on Sunday, January 26, 2020. It remains unclear whether the incident was a murder-suicide but investigations are ongoing. 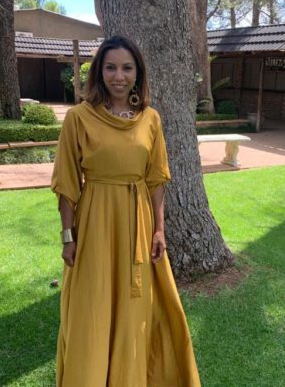 Dr Yasmin Ibrahim, a Wits graduate who was found dead in her apartment at the end of January. Photo: Provided

“[She] was a warm, intelligent, vivacious and selfless person. She was taking care of her elderly mum and was guardian to her late sister’s children. She was the youngest of seven siblings, Seedat-Akoodie said.

“Her humble nature saw her treating all the staff in various stations with care and respect. This was re-iterated constantly at a memorial service held for her at Sunninghill Hospital,” Seedat-Akoodie said.

Ibrahim was specialising in anaesthesia through Wits University while battling Hodgkin’s lymphoma, a cancer of the lymphatic system in 2008. After suffering through the  treatment Ibrahim beat the disease and according to her sister-in-law, had a new zest for life.

Dr Angelique Coetzee, chairperson of the South African Medical Association (SAMA) issued a statement following Ibrahim’s death, saying: “This is extremely distressing and disturbing news. Dr Ibrahim’s death again highlights the high level of gender-based violence in our society, which must be condemned in the strongest possible terms.”

Norwood SAPS spokesperson, Sergeant Edzisani Eric Masotsha told Wits Vuvuzela, “A piece of paper was found on top of the fridge with a short message of ‘I’m sorry’, but who wrote it we currently don’t know,” adding that robbery was also being looked at as a possibility.

Ibrahim was buried at the Rynsoord cemetery on the East Rand on Monday, January 27.