The Wits music department will have its first performance venue for musical performances, which will be situated on the corner of Station and Jorissen Street as of 2021.

Doctor Cameron Harris, a senior lecturer at the Wits music school said that up until now the department has not had a performance space that has been optimised for music performance. He added that music students have always had to make use of spaces designed for other activities, such as drama.

Harris told Wits Vuvuzela, “The design of a space for music and the detail that both performers and listeners can hear in a specially designed space is very different from a space designed for other uses and without this, it is very difficult for students to hone their skills.

I have been consistently impressed by how well students have coped up until now, but it is time for them to be provided with a space that will allow them to train with the kind of acoustics they should expect in their professional careers.” 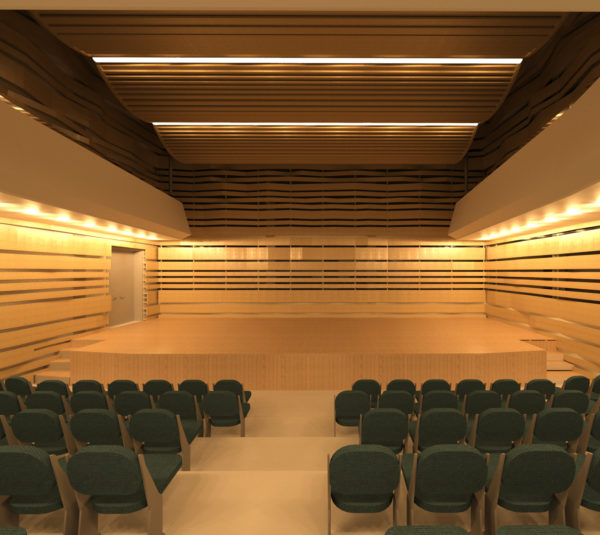 A digital image of what the Wits performance venue will look like once completed.
Photo: Provided

Dirk van den Eynde, project manager for campus planning and development said the theatre will not be used for the same purposes as the Wits drama theatre.

“[It is] not like a theatre for plays. The music performance venue will be run by the music department as part of the school of arts.”

Senzi Khowane, a third-year music student, said with the closing of venues such as The Orbit and The Club, music students have few venues to perform at.

“The new building will assist in bringing big acts to stimulate the university’s economy. It is also impractical to bring instruments up to the eighth floor (music department) of the Wits Art Museum building if there is a more accessible area,” Khowane said.

Built by Lemay Construction, the multipurpose performance venue at Wits is set to seat approximately 120 people for music performances.