Rashalia Pather, 26, and Karabo Tlagadi, 22, were selected as undergraduate finalists while Marc Landau, 22, was selected as a postgraduate finalist. Each of the students produced an essay in which they analysed the state of the South African economy.

Pather, an economic science honours student told Wits Vuvuzela, “I was excited to apply some of the theory and skills I had learned in my undergraduate studies up till that point to a real-world problem faced by professional economists in the country.”

Landau, an economic science graduate, said the competition provides a platform to discuss the country‘s current state of affairs, while at the same time it has the ability to open many doors for participants. 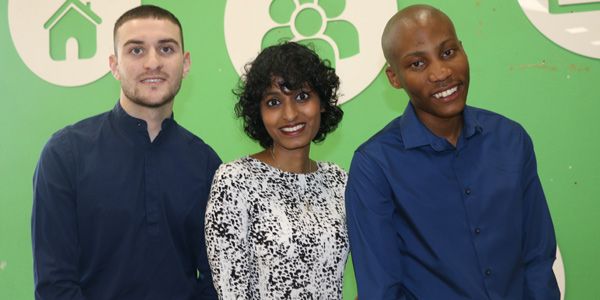 Dr Lyndal Keeton, a lecturer in the Wits School of Economics and Finance said the students’ participation in the competition will provide them with a unique experience that will set them apart from their peers.

“They will gain valuable exposure in commenting on the budget speech to the media. Moreover, the finalists will have the opportunity to interact with executives from Nedbank and Old Mutual, as well as high level government officials including Finance Minister Tito Mboweni,” Keeton said.

Tlagadi, a finance honours student told Wits Vuvuzela that if he were to win the competition, he would invest the money for his 11 month-old niece.

“This will help pay for her education. This highlights my views on the importance of education, having a long-term perspective and not spending most of your wealth on consumption.”

Last year, Witsie Baneng Naape won the first place cash prize in the postgraduate category for his essay titled ‘Disciplined Fiscal Policy: Does such exist in South Africa? Why not and what can be done?’