Students reject call for cats to deal with rats

Students at a Wits residence have spoken out about a rat problem.

The House Committee of Barnato Hall have suggested that a portion of its annual budget be used to buy cats for their residence as a “controversial measure” to tackle the growing problem of rats. The proposal was made during a house committee meeting at the residence on Thursday, February 20.

Tatenda Jimu, the House Committee chairperson told Wits Vuvuzela that the rats at Barnato has “reached its highest population.” Jimu said that “I’ve had a situation where a student called me because there was a rat under their bed”. Jimu said that he has received “less than 10 complaints” from students about the rats.

The suggestion to buy cats though was rejected by the student residents and criticised for being insensitive to the individual feelings of the students. A number of students complained about how the measure will heighten their cat allergies. 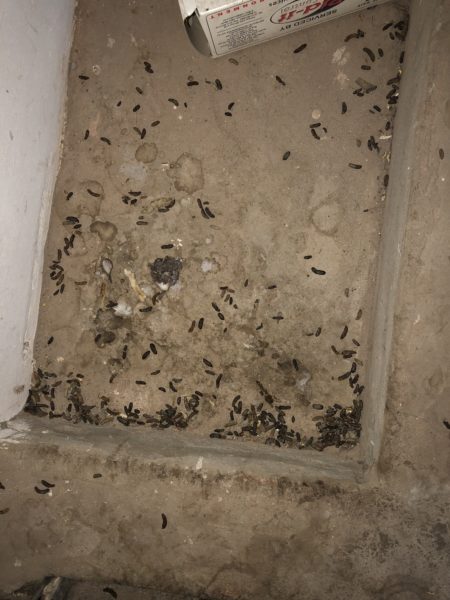 Rat droppings in one of the first floor corridors at Wits residence Barnato Hall on west campus. Photo: Palesa Mofokeng.

“The cats won’t stay here forever, but we can’t bring them in because students say that they’re scared of them,” said Jimu.

Jimu said that students mostly complain about the rats being in the kitchens, when in the previous years they were mostly seen in the courtyard.

Zviki Chirozvi, BComm accounting, who has been living at the residence for two years said that “the rats are very big, and they eat anything they find, like electrical cables. They also pose danger to us because they can spread diseases”.

Mokgadi told Wits Vuvuzela that students are to be blamed too for not cleaning up after themselves, “people just cook and leave their pots unattended. Sometimes kitchens are not cleaned and this attracts the rats.”

According to Jimu and Mokgadi fumigation at the residence hasn’t taken place this year and the last time, Barnato was fumigated was in November 2019.

The Wits Director of Services, Israel Mogomotsi, could not be reached for comment.

FEATURED IMAGE: Students at Barnato Hall say they have concerns about the prevalence of rats in and around the university residence. Photo: File.