Morningside-Wendywood CAN provide food for the vulnerable

Community members have mobilised together to create a weekly food supply for vulnerable people.

The community members of Morningside and Wendywood have been operating a Community Action Network (CAN) since Thursday, April 16, that helps to feed close to 2 000 people on a weekly basis.

“We provide over 300 litres of soup and 200 loaves of bread or sandwiches,” said Sharon Lefkowitz, a resident of Morningside, Sandton, who has been running the CAN with a group of volunteers.  The initiative operates by encouraging people in their neighbourhood to make monetary and food donations. 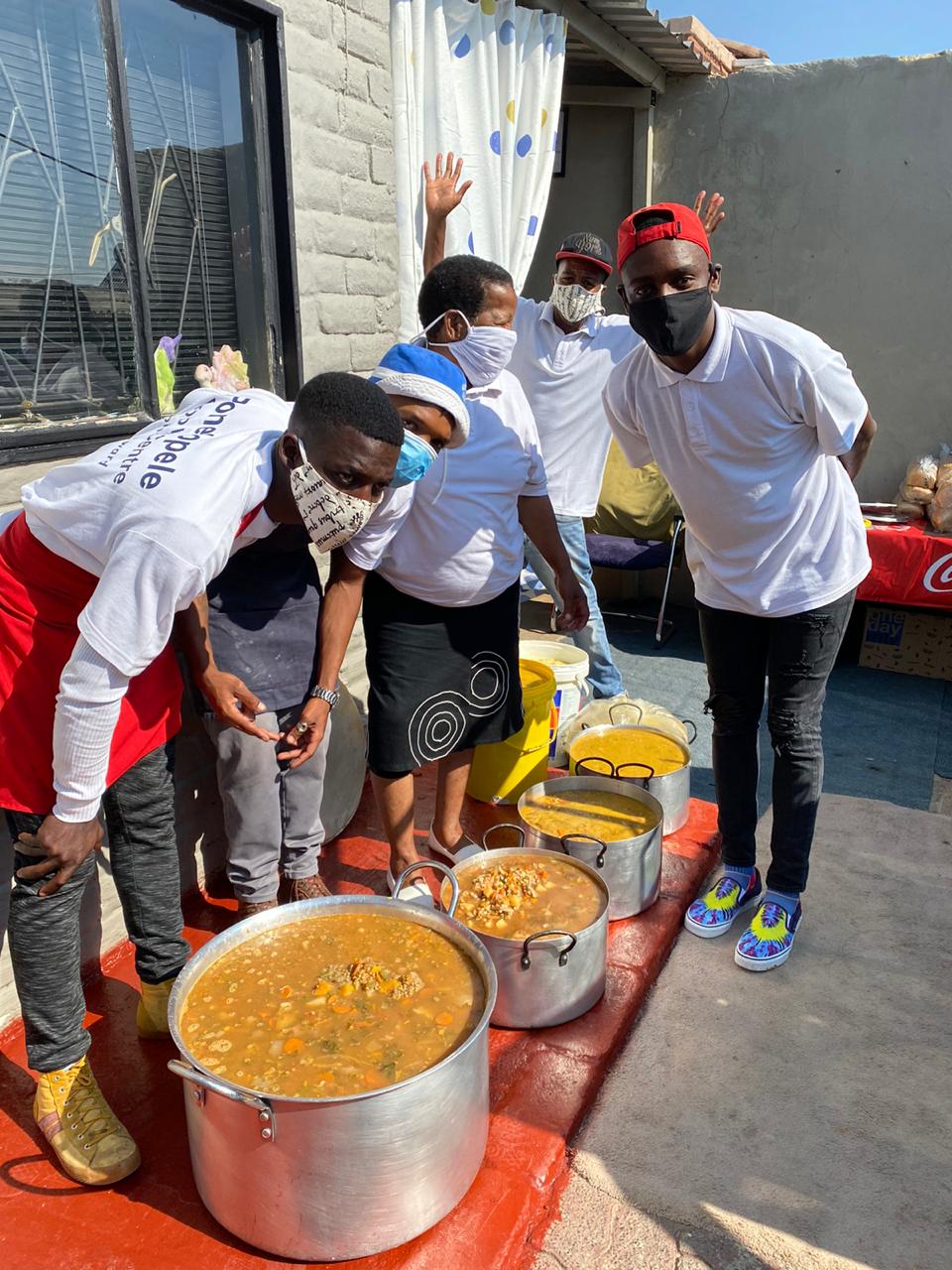 The caretakers of Ponelopele Child Care Centre in Alexandra, another one of the facilities assisted by the Morningside-Wendywood CAN are ready to serve soup to their residents on May 7. Photo: Provided.

Lefkowitz said, “to date, we have raised over R90 000,” which is used to purchase food, hygiene supplies, educational resources and homeware.

In order to encourage further community participation, the contributors have also been given soup recipes which they add to the weekly contributions.

The CAN are also able to create food packages containing staple foods such as pap, rice and fresh vegetables. “Our first initiative was donating 550 food parcels for people in Lombardy East (area near Sandton) and recently we made an additional 75 packages for families in need.”

The communities which benefit from the donations are registered NPOs, in surrounding Sandton neighbourhoods which includes four orphanages and two shelters.

One of the orphanages is Thuthuzela Aid Community Centre, in Malboro Gardens, which currently is a home to eleven children who were orphaned before the lockdown and provides daycare services to 45 children.

Otilia Ncube, the administrator of the orphanage said that they’ve been able to sustain the needs of their centre with the assistance of the CAN.

“We’re a community centre, so we heavily rely on donations. With the food we receive, our first priority is the children, but we have an outreach programme where we feed the people and families who live in the neighbourhood,” Ncube said. 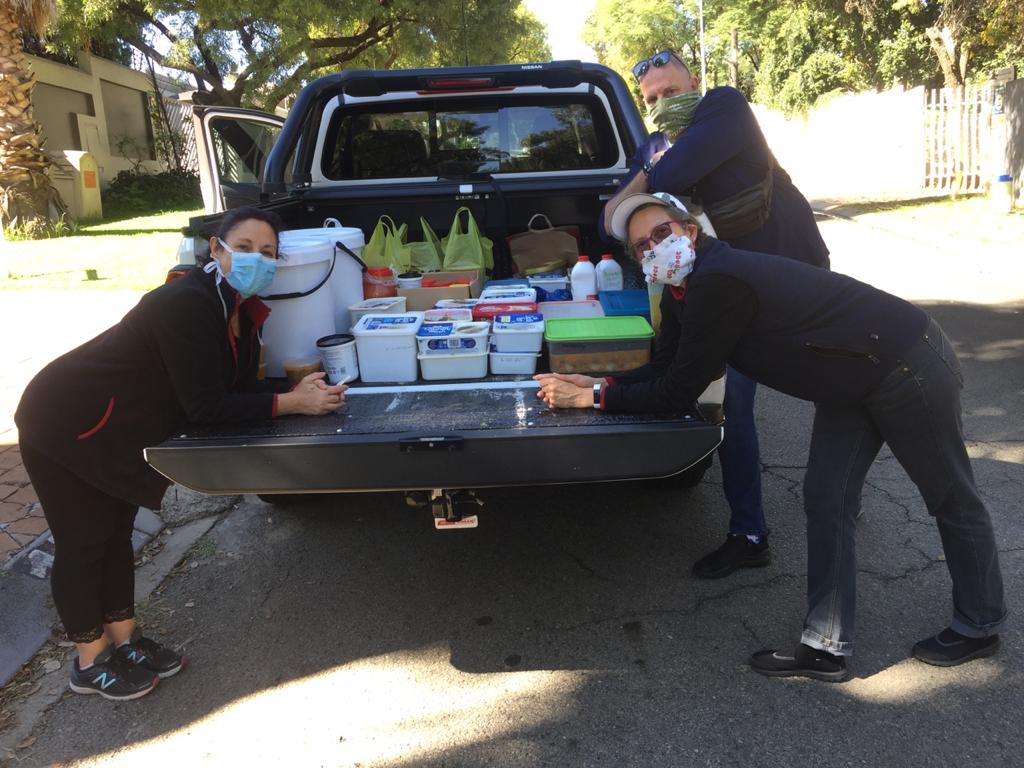 Trudi du Toit, one of the CAN volunteers, said “As lockdown increased and people’s needs increased, it made sense to get more involved and through the CAN we can reach more needy people and in an organised way.”

The motivation to act as a community was in response to the high levels of food insecurity in Gauteng that have persisted under lockdown.

The latest research done by Stats SA in 2017 reported that out of the estimated 12 million people living in the province, “Gauteng has the largest percentage (25,2%) of households that experienced hunger.”

An address by Gauteng’s premier David Makhura on Thursday, April 9, said that monthly food relief has been provided to over 98 000 people with 19 000 of those being households during the lockdown. This does not cover half of the food shortages in the province.  In a later statement on the provincial government website on April 14, Makhura said, “the [food bank] system must be about reaching the 20% of Gauteng residents who are food insecure.” 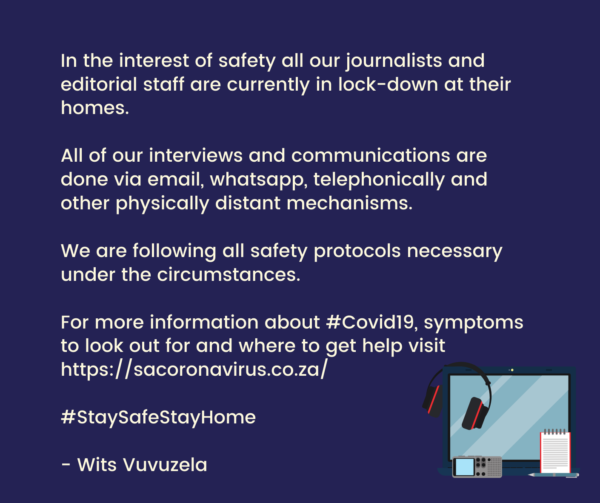 Featured Image: the Morningside-Wendywood CAN hand over food relief to the caretakers of Ponelopele Child Care Centre in Alexandra on Thursday, May 7. Photo: Provided.