The University of Witwatersrand orientation week started for first-time, first-year students across all faculties on March 1, 2021, and it will end on March 5, 2021.

The orientation is taking place via Microsoft Teams through pre-recorded and live videos. The pre-recordings, which are each two to three hours in length, are aired over Teams on different days of the week. 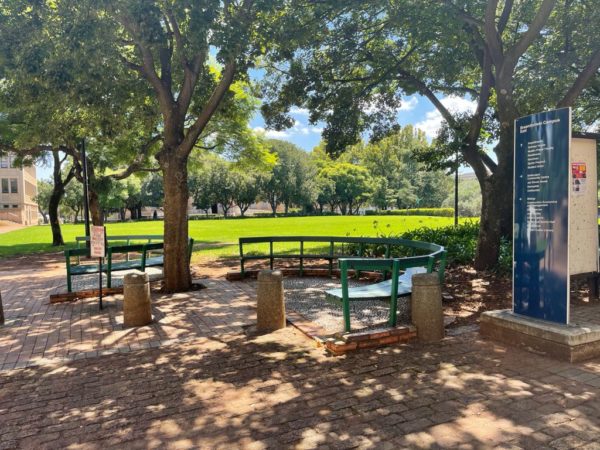 In past years, the lawns would be buzzing with activity during O-week, this year it’s quiet. Photo: Khuleko Siwele

Wits Vuvuzela spoke to Lethabo Leeuw, first-year BCom PPE, who said even though he was disappointed he did not get to have the experience of an in-person orientation week, he is still pleased with the alternative.

“Virtual orientation is better than I expected, to be honest. I was expecting to read endless articles about what Wits has to offer and what to expect. But it was much different. [The university] gave us a Microsoft Teams experience that was decent, and it has been heart-warming. Having someone explain everything [via the pre-recordings] feels like I am actually on campus,” said Leeuw.

Nicole Mutsekwa (18), first-year BA general, told Wits Vuvuzela she feels as if she is missing out on some experiences with O-Week being virtual.

“Honestly, I am not enjoying [the virtual orientation]. I feel it would have been better in person in regard to meeting people, and it would be easier for [my faculty] to answer any questions [students] have, because online it is very limited and a lot of the [sessions] are pre-recorded, so [students] can’t exactly ask questions as it goes,” Mutsekwa said.

To view the orientation week programme go to: https://www.wits.ac.za/orientation/orientation-week-programme/