Week-long discussions resulted in concessions being made by the university, among them to provide R20 million, and Wits SRC insistence that all students offered readmission be allowed to register

Wits University has pledged a total of R20 million to accommodate students who are being financially excluded, thereby barring them from registering. 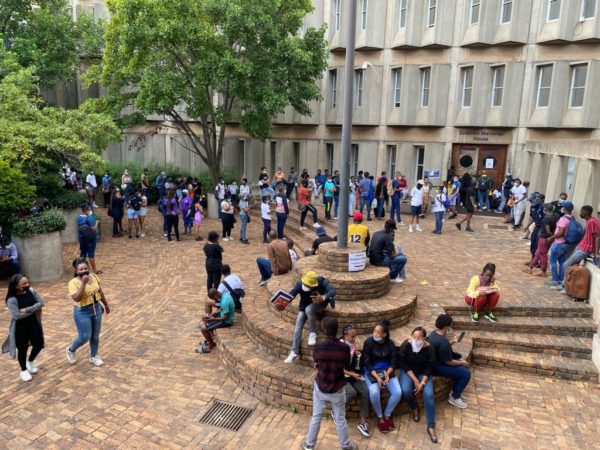 Half of the sum will be put into a hardship fund that helps students register, while the other half will be used as a covid-19 relief fund to help students adversely affected by the ongoing pandemic.

The PYA-led Wits Students’ Representative Council (SRC) met with the university on Tuesday, March 2, 2021. The discussions were centred on a list of demands published by the SRC on its social media pages. Among other demands were that the limited sufficiency of the hardship fund not prevent students who applied for it from registering; and that interest, upfront registration payments and financially influenced limits on residence access be abolished.

In official communications sent out by the Vice-Chancellor’s office, the university stated: “Approximately 27 000 of the university’s 37 500 students are on some form of financial aid, scholarship or bursary.”

After the announcement of concessions on March 4, 2021, a meeting was held between the Wits SRC and senior executive on the demand that every student offered readmission be allowed to register. The SRC, dissatisfied with the concessions, shut down the registration process at Hall 29, which continued until Friday afternoon at Solomon Mahlangu House.

The building was blockaded by the SRC and students who came to campus to sort out their registration, student cards or parking permits were told by SRC president Mpendulo Mfeka to go home.

This comes after a week of meetings outside the Solomon Mahlangu House building in the wake of similar demands concerning financial exclusions, presented in a memorandum by the Wits EFFSC and many other school councils, to Dean of Students Jerome September.

Mfeka told Wits Vuvuzela the memorandum of demands had already been given to Wits up to a month ago, for solutions to the demands to be found, along with the plan to raise R21 million in 2021.

Speaking about what the SRC has done to help students, Mfeka said, “NSFAS-defunded students are now able to register. Students with bursary letters who still owe from last year are also allowed to register.”

A student who did not want to be named told Wits Vuvuzela her motivational letter requested by the Fees Office, concerning her historical debt, had not been responded to since she sent it a month ago. Hoping to register for a postgraduate diploma in accounting, she was sitting outside Solomon Mahlangu House, waiting to inquire.

“I think this will help. We need the attention and we need them to attend to the issues,’’ she said. ‘’They are not really responding, they are not helping anything. If registration passes, then it is doomed. I feel like we need to make action for them to make action. I am willing to wait.”