For these dedicated students, chess is more than just a game.

Four students from the Wits University Chess Club have qualified for the World University Team Chess Championship to be hosted at Cite Universitaire de Paris in France.

Tumelo Ranoto (20), Koketso Mathebe (20), Angela Nkosi (19) and Lunga Fulumeni (23) are the students chosen to represent the Wits chess club, and the entire Wits community, at the chess championship at the end of July 2021.

Ranoto, chairperson of the chess club, secured the team’s spot in the World University Team Championship when he competed as an individual player in a chess tournament hosted online by the University of Texas in March.

An avid player since 2012, Ranoto is a third–year BSc student majoring in mathematics and physics. He says chess is all about critical thinking, something he believes can help with his schoolwork. “It’s all about calculation,” he told Wits Vuvuzela. “Chess improves your critical thinking, to be able to improve [in] your studies.” 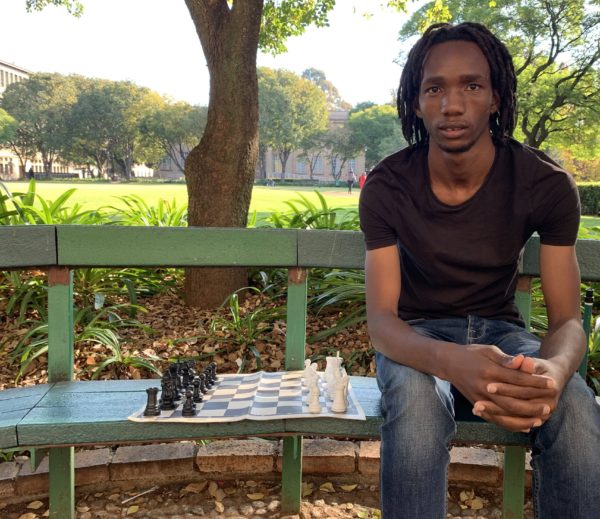 The tournament will consist of two separate events: the blitz team open and the rapid team open. Fulumeni explained the difference between the two. “In chess, there are different time formats,” he explained.

The rapid format is a chess game played from 10 minutes to an hour, while the blitz format is played in five minutes or less. “It’s tactics,” Fulumeni stated, explaining how a player can complete a game in that amount of time. “If you get to know those [tactics], they become second nature.”

After having hosted the individual player tournament online, the world university team championship decided to hold the next tournament in person.

Although adjusting to playing online came easy for some, Nkosi, a second–year BSc student, prefers to play the game face to face. “It offers a great atmosphere,” she explained. “Playing chess online is not as good as playing over-the-board, in my opinion”. Ranoto added that chess is all about psychology, and if you cannot see the person you are playing against, the psychological element gets lost. 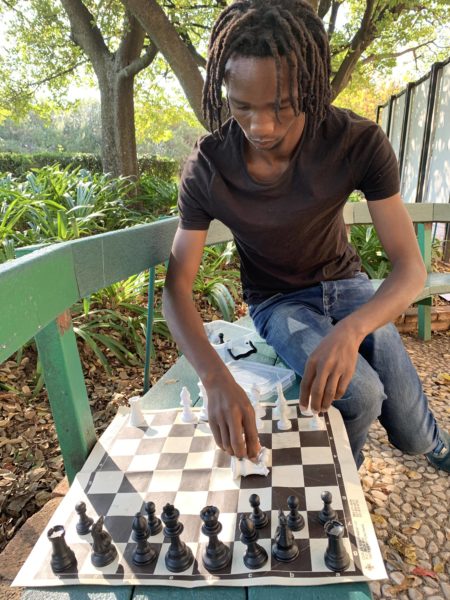 Fulumeni setting up his chessboard to practice his technique. Photo: Tshiamo Moloko

Nkosi believes that in order to excel at chess, one must be passionate. She explained how she manages to practice chess while maintaining her studies, saying her passion for both chess and computer science makes the work feel less demanding. “My mojo is that if you do not make time for something you love, you don’t love it enough,” she said. Ranoto adds that for him chess is a discipline masquerading as a game.

Ranoto and Fulumeni aspire to play chess professionally. Fulumeni likes the fact there is no time limit to when you can go professional in this field; a luxury that other sportsmen do not have. Next year Ranoto hopes to begin a professional career in chess and he hopes this tournament will help further his goals.