Gym has become a space where I work through the anxiety and have some time to focus on pushing myself physically, rather than being stuck inside my own head.

Mental health is something that I have struggled with from around the age of 13. This was made more difficult as I was never able to fully voice my struggle because I grew up in an environment where it was often overlooked due to my parents’ busy schedules.

Triggers would be school assignments and tests, because of the pressure I place on myself to not fail in any capacity. High school was such a competitive environment you were made to feel as if you were failing if you got anything less than 75%.

A counsellor I saw briefly suggested that it could be the beginning of mild anxiety. This anxiety would manifest itself as tension headaches, extreme emotional fluctuations between being sad, angry and hopeless, and an impact on my ability to sleep or concentrate.

For years I was too scared to burden others with my mental problems, and tried various coping mechanisms. For a while, that was self-harm, until I saw how this upset, hurt and worried the people around me. Then came sketching and writing, but these did not provide as much support as I had hoped.

Eventually, I found a safe space in the place that I had avoided because of insecurities such as not feeling skinny or fit enough, and the fear of being judged.

For a long time I associated the gym only with physical health, and didn’t consider its mental health benefits, until I experienced those benefits for myself.

At the beginning of 2020, I found myself signed up for two different gym memberships after joining a friend who was with a different company from the one my family was a member of. Even with the closure of gyms during the lockdown, I persisted with home workouts and by August I realised how much gym had been helping me.

It redirected my anxiety towards something positive that was helping me improve myself both physically and mentally. Whereas my coping mechanisms in the past served only as a bandage, physical exertion allowed me to work through the feelings rather than just covering them up.

When the final semester of third year came around my anxiety shot through the roof, as I stressed about final marks, exams and the pressure to not fail the last stretch. Feelings of anxiety would overwhelm me practically every day, and I started going to gym twice a day.

A cardio session in the mornings and a weights session in the evening each brought a different kind of relief. Cardio instilled a sense of accomplishment and positivity to start the day, while weights relieved the feeling of pent-up anxiety that had accumulated throughout the day. 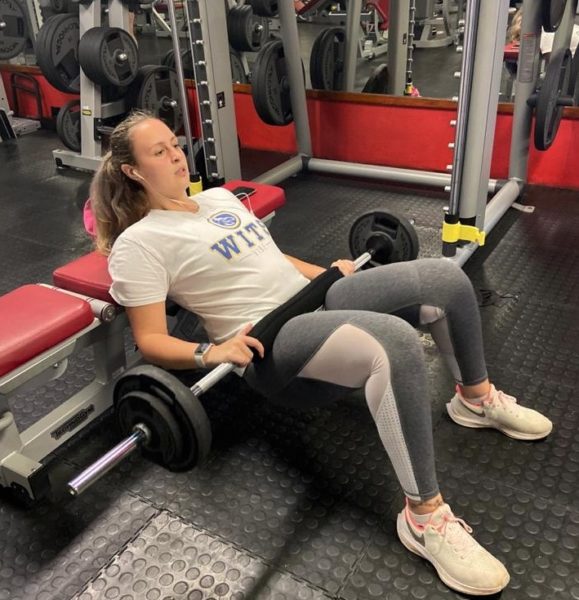 The ability to disconnect from everything and everyone for that one hour is the biggest relief in the middle of what seems to be an impossibly black hole that that makes me feel there is no escape and no end. Being in control of that weight at the gym allows me to feel as if I have control of that mental weight that I carry.

The only thing that makes that relief in the gym even better is doing it with a friend to push you to be better. It has a way of making you feel less alone.

I still listen to what I mentally need. Sometimes you just need to sit and feel what is going on in your head. On days like these I give myself time and space to do nothing and make sure I get sufficient sleep.

I know that there is still work to be done as I still get anxiety when feeling overwhelmed, but gym has provided me with the outlet that I needed to make it as far as I have.