Radhe is a Bollywood action movie that follows the main character, Radhe (played by actor Salman Khan), on his mission to sweep the streets of Mumbai clear of drugs and criminals.

The South African movie première was hosted by Bollywood Frenzy on May 12 2021 at Killarney Cine Centre in Johannesburg. It was initially supposed to be premièred in May 2020 but was postponed due to the covid-19 pandemic.

Radhe takes up the clichéd narrative of a good guy coming to the city to impose law and order, but it follows up with a plot twist whereby the police end up working other bad guys to make the three main villains face the music.

It starts off with drug lord Rana (Randeep Hooda), accompanied by two henchmen, arriving by car and greeting the city of Mumbai. Rana then gets teenagers in the city addicted to drugs, and starts committing the most vicious murders along with his henchmen. This leaves Mumbai police with just one option: Hand it over to Radhe to bring the villains to justice.

The first scene that shows Salman Khan in a dramatic entrance is when he smashes through a glass window at the speed of light. The scene is repeated in slow motion to show how he entered the building unseen. 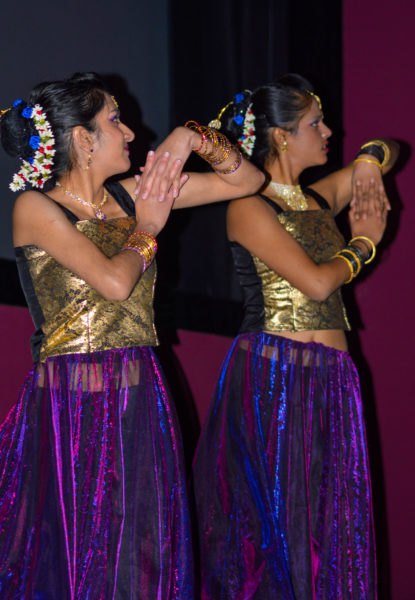 Seeing how Radhe deals with the bad guys in the movie, it is clear the movie is sheer fiction. This is seen, for instance, in how Radhe singlehandedly thrashes more than 20 men in less than three minutes. The slow motion may be overdone, though, as most scenes in the movie make use of the effect.

With Radhe’s passion for fighting the bad, and him being perceived as the most dangerous person in Mumbai, the movie takes a twist when he falls for Diya (Disha Patani). Radhe finds out she is the sister of the police chief (Jackie Shroff) at the station he is appointed to. This makes it a challenge for him to show his boss respect while wooing Diya, but it does not stop the two connecting. Although Diya despises the police, she ends up falling for Radhe even after finding out he is a police agent.

Incorporating humour and musical performances, like most Bollywood movies, Radhe has musical scenes where the star actor performs with Diya. The incorporation of music and humour keeps the audience entertained and glued to their seats. I found the musical scenes well-choreographed and funny: after intense focus on the action scenes, and amid rising suspense, the stress is relieved by the musical performances.

The close-up shots and direction (by Prabhu Deva) of the movie are well planned, and the videography is cleverly orchestrated. The VFX are Netflix standard, as illustrated in a scene where Radhe launches himself off a Jeep to catch a chopper in mid-air as it lifts off.

The camera shots are also good: Extreme close-ups of Radhe and Rana battling for the last time propel the viewer right into the heat of the action.

It was a thrilling experience to watch this Bollywood movie, especially in a cinema along with members of the Indian community. Before the screening there was a live performance by Indian dancers celebrating Eid.

FEATURED IMAGE: The official poster for the film. Photo: Provided