SLICE: Sport is virtually just as good without the crowds

A dearth of supporters inside stadiums and arenas has been compensated for by technology that provides safe, entertaining viewing during the pandemic era.

The past year has seen an array of live sports go from being postponed to now going ahead, but without any fans in attendance. This has brought negative implications for sports enthusiasts such as myself, but the advantages far outweigh the disadvantages.

One of the best aspects of watching a favourite team play is the atmosphere that comes with a ‘‘sold out’’ crowd. The first annual event that comes to mind is the rivalry between Liverpool and Manchester United in English premier-league football. When the two most successful English clubs collide, fans around the globe gather around their TV sets to watch, while only 60 000 fans gather inside the stadium. It is those fans inside, however, who create the unmatched noise that motivates the players and enhances the broadcast experience. This I can vouch for.

In January 2020 I crossed the number one desire off my bucket list when I watched, live at Anfield in Liverpool, my beloved reds take on the enemies from Manchester. At the time, I could not have imagined it would be the last time for a long while that the two giants of English football would clash in a filled stadium. The game ended with loud chants from the fans as Liverpool’s Mohamed Salah sealed the win in stoppage time, to send the reds well on their way to their 19th English league title; the first in 30 years. Being able to witness that moment, alongside my dad and other fellow supporters, was an unmatched experience. 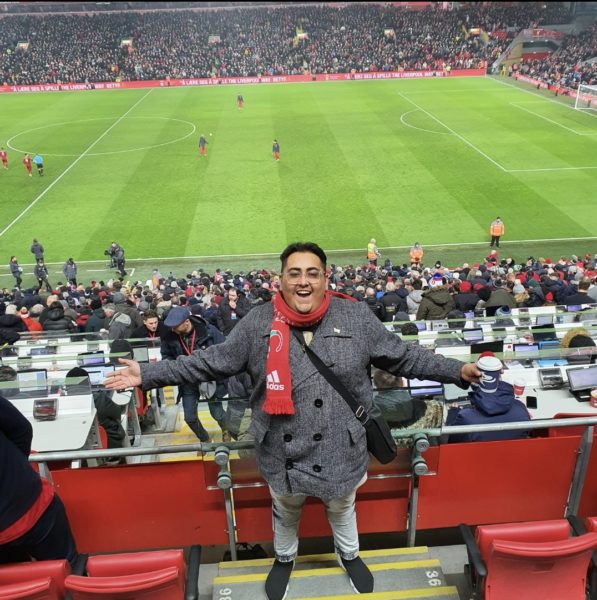 In contrast, games this season have been played behind closed doors. Seeing empty stadiums on television took some getting used to as a fan, but there is no doubt that the games provided ample entertainment for those watching at home.

Players and managers have stated on multiple occasions that football without the fans is just not the same: Safety, however, has always been the number one priority. During lockdown, the return of football to our screens has no doubt been a major source of escapism; and it is nice knowing that the return was coordinated in a safe way for all those involved.

One sport that continued throughout the pandemic was wrestling. WWE halted none of its weekly programming, and as soon as fans were barred from ringside, a virtual system was introduced to bring back some of the atmosphere.

Known as the WWE ThunderDome, the arena is located at Amway Center in Orlando, USA. It boasts a state-of-the-art set, pyrotechnics, video boards, cutting-edge graphics and drone cameras that take the viewing experience to the next level. Fans from around the world can register to be a part of the action, with a fast internet connection the only requirement. Once a fan has registered successfully, it is as simple as joining the action via a video call link before appearing on television in the arena. Fans can also wear microphones that help create the effect of real crowd noise. 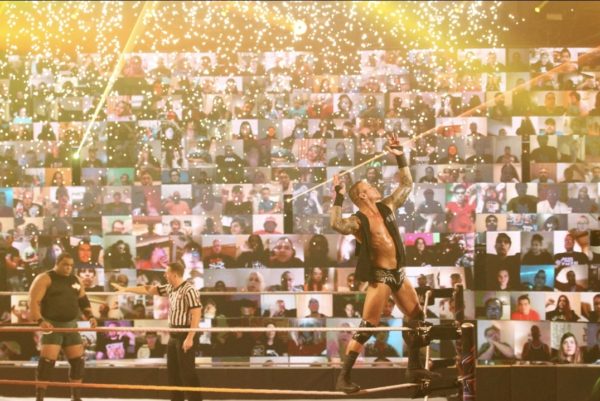 The ThunderDome boasts a state-of-the-art set, pyrotechnics, video boards, cutting-edge graphics and drone cameras that take the viewing experience to the next level. Photo: Provided

With sports entertainment’s biggest company based so far away in the USA, I never would have expected to ‘‘attend’’ a major pay-per-view event in the midst of a global pandemic. When Randy Orton went one-on-one with Keith Lee, however, and Roman Reigns won the universal championship in front of 1 000 fans in the WWE ThunderDome at the Payback event in August 2020, I was there.

As one who enjoys sports as a fan and journalist, I made the most of what the pandemic era has had to offer. As much as I missed seeing fans inside stadiums, it has been great having sport back; and taking my virtual seat in the arena was an incredible experience too. More than anything, I am glad sport has presented us with a way to stay entertained while staying safe in our homes.