Lead researcher Professor Shabir Mahdi believes there should be more research done on the effectiveness of all covid-19 vaccines on people with compromised immune systems.

A detailed report was published in The New England Journal of Medicine on May 5, 2021, which elaborated on the results of Phase 2b of the covid-19 vaccine trial running between Novavax and the Wits Vaccines and Infectious Diseases Analytics Research Unit (VIDA).

The report detailed the effectiveness of the Novavax (NVX-CoV2373) vaccine against the B.1.351 variant of the coronavirus, which is prevalent in South Africa where it originated. The variant has since also been found in neighbouring countries in Sub-Saharan Africa, as well as in the United Kingdom.

Professor Shabir Madhi, the lead researcher of the Novavax study in South Africa and dean of the faculty of health sciences at the University of the Witwatersrand, stated that the NVX-CoV2373 vaccine contains a higher concentration of antibodies, which allows for one’s body to fight off the virus more effectively. 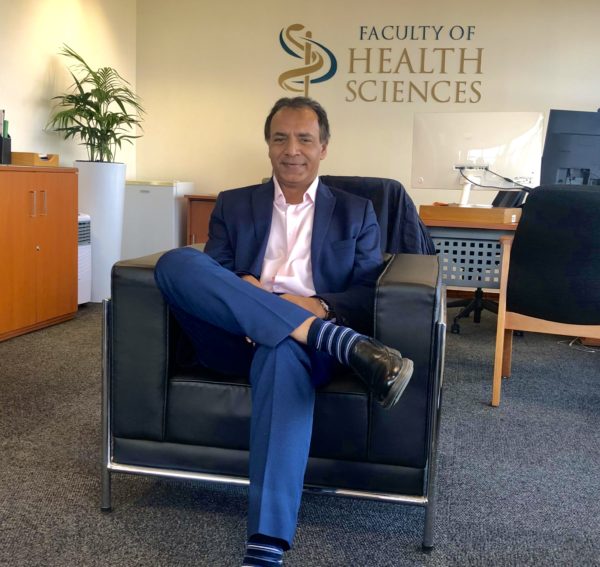 Professor Shabir Madhi, the lead researcher of the Novavax and AstraZeneca vaccine studies in South Africa. He is also dean of the Faculty of Health Sciences at the University of the Witwatersrand. Photo: Rebecca Kgabo

The Novavax study is scheduled to run until the end of 2021. Madhi said that in the next phase the placebo group of the study will receive two doses of the vaccine, while the group previously vaccinated will receive an additional dose. This will help to establish whether the vaccine will need an additional dose and give researchers an idea of the duration of protection.

Morris believes the vaccines pursued by the government should be effective enough to provide protection against different variants of the virus. “Johnson and Johnson and Pfizer are effective against these variants, especially in preventing severe disease and death, which is the most important consideration,” she said.

The study excluded a few groups of people with compromised immune systems, such as people with cancer and pregnant women. A small number of HIV-positive people were included in the total test group. According to Mahdi, this was because they needed to evaluate the vaccine’s effectiveness in individuals who were as healthy as possible.

Even though very few HIV-positive participants were included in the study, they were more likely to develop a breakthrough infection (meaning the vaccine would fail to protect them against the virus, and they would still develop the virus). This led to a suspicion that the Novavax vaccine would be less likely to be effective in immuno-compromised people.

Madhi said it was necessary for all the vaccines to be addressed and studied for their effectiveness on people with compromised immune systems.

About what he thinks of the future of scientific research in South Africa, Mahdi said, “We need to become much more strategic in terms of the decisions we make. It is absolutely necessary that we invest in scientific research, both basic science as well as other types of research, so that we can start developing the skill set that will enable the country eventually; for people in the country to eventually be able to do the discovery of vaccines, production of vaccines, as well as everything that goes with it.”

FEATURED IMAGE: A needle as it is about to be inserted into a patient’s arm. Photo: Rebecca Kgabo