A student society at Wits has partnered with the iThemba foundation to raise awareness for mental health among medical professionals and health sciences students.

In a press statement, the iThemba Foundation, said that “wearing crazy, mismatched, brightly coloured socks may seem like a weird place to begin, but to care for others, we have to care for ourselves and each other!”

Fourth-year medical student, and chairman of the Wits bioethics society, Previn Ramiah was tasked with getting the word out about the initiative. He was approached by Dr Shannon Lautenberg, an associate lecturer and member of the unit for undergraduate medical education (UNI) at Wits. 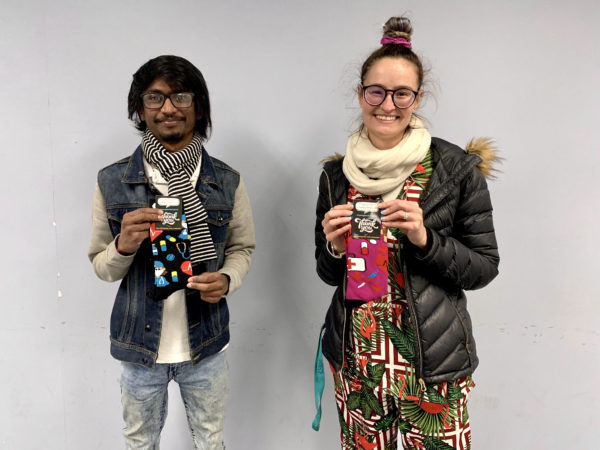 After a year off due to covid-19, CS4D was re-implemented at Wits within covid-19 protocols, and an online webinar was hosted by the Wits bioethics society and the iThemba Foundation on Friday, June 4.

“We generally have it more interactive, but because of the pandemic, we never had it [last year] unfortunately,” Ramiah told Wits Vuvuzela. “[We thought] Instead of just giving out socks and sitting in our houses, working remotely, let’s actually do something and get that vibe back onto campus.”

Lautenberg, who started working with the iThemba Foundation in 2019, has always had a passion for mental health and mental health awareness and says that it does not get enough recognition. She says that even if only one person can feel seen through CS4D, it would be enough.

Both Ramiah and Lautenberg believe that CS4D is important for normalising conversations on mental health among health care workers and medical students. “It really creates the atmosphere that you are not alone,” Ramiah says. “We are destigmatising the mental condition that is faced by medical students; it should be something that we should be able to talk about.”

In future, Ramiah says that the Wits bioethics society, along with other student societies such as the Wits student’s surgical society, plan on hosting several mental health awareness events. “One of the upcoming events that we will be hosting will surround mental health and pride (being that it is the month of June),” Ramiah says.