Wits Journalism department is announcing plans to launch the new Wits Centre for Journalism (WCJ) this year, to further its research into and engagement with African digital media innovation and journalism.

Close involvement with the professional world has made Wits Journalism outgrow its current form as a university department. Its development into a centre will broaden its research into digital media innovation and journalism on the African continent while continuing with its current academic offerings.

“So much of the discussion is being held in the [Global] North, in the US and Europe,” says Krüger. “We feel very strongly that there are important things that need to be said from the perspective of the Global South… Whether its questions of sustainability, of trust, of fake news, business models, or innovation.” 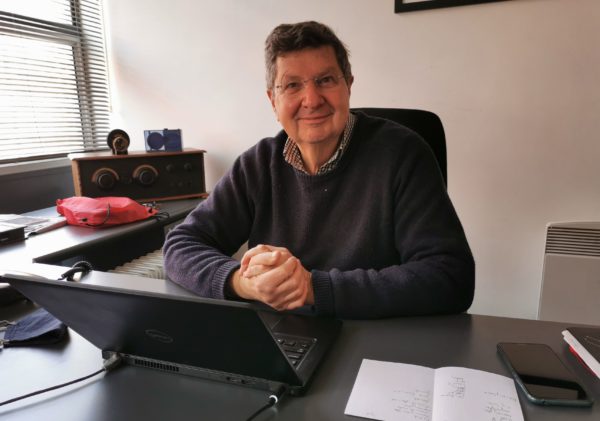 The centre will network and collaborate with other African countries’ media outlets on a project-based approach. One specific project is discussing African media-related issues in the annual Wits Journalism State of the Newsroom report, such as the 2021 issue on media corruption in Malawi. It plans to partner with Uganda next.

Currently, WCJ is recruiting three new staff positions of Director, Head of Operations and Head of Programmes to efficiently lead its new innovations. A new Chair in Digital Journalism and Media is being fundraised to facilitate new bursaries, fellowships, travel and communication.

Wits Journalism staff and students are excited about WCJ’s development.  Head of the Wits Radio Academy, Jacob Ntshangashe, says as part of the centre, the Academy will collaborate more directly with colleagues in community radio from all over the continent.

“All of us will work together, put our resources together and come up with a programme that will definitely help the [African radio] industry at large,” says  Ntshangashe.

“Journalism and digital media are about providing an outlet for voices to be heard and stories to be told,” says Bunyard. “With the expansion that this centre will bring, it will increase the number of channels for [African] people to not only have a voice, but also use their words to influence the direction and perspectives of the world.”

The centre’s official launch event is being planned for later this year.