Science, technology, engineering and mathematics (Stem) students are poised to showcase their robot-building skills in an exciting upcoming event.

The University of Pretoria is set to host its eighth annual robot-racing event on August 28, 2021.

The robot race was conceived by the university’s engineering department to make Stem learning practical, engaging and enjoyable for students who otherwise would struggle with the diverse concepts.

According to Professor Tania Hanekom, the university’s function head for undergraduate studies, “The intent was to excite students about the learning material by creating a formal opportunity to play and explore. Inviting spectators to attend the robot race was a spur-of-the-moment decision.”

Hanekom said the faculty thought that parents, siblings, friends and family would be interested to see what the students were doing in engineering class.

The event, a race between robot vehicles, has come a long way since then, and it has sponsors ranging from Microchip and RS Components to F-Secure.

The first event in 2013 was presented in the foyer of the engineering building at the university and had no sponsors. The team created the racetrack by painting the floor of the building. Hanekom remarked, “It took quite a bit of acetone to clean the floor afterwards!” 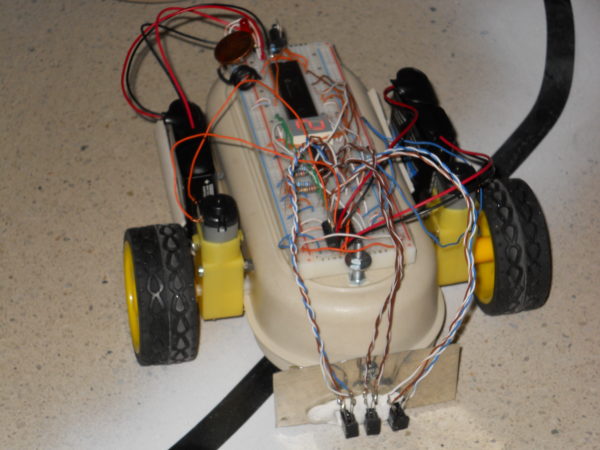 Mellisa Govender, marketing director at RS Components, told Wits Vuvuzela: “With South Africa making its way towards the 4th Industrial Revolution, we need to focus our efforts on driving Stem education in our schools, as these subjects help with analysis and problem–solving while forming the building blocks for future careers in technology, engineering and the sciences.“

Govender said the TUKS Robot Race is an inspiration, because it highlights what can be achieved with Stem principles and it opens the door to ‘‘what other possibilities’’ are out there. The winning team of 2019, Herman Lombard and Gerhard de Clerq, said robot racing had taught them perseverance and focus.

Robotics in South Africa is still in the early stages, Govender said, and a common misconception people have when they consider robots is to think about the Terminator movies, or the robotic character C-3PO from Stars Wars.

The TUKS Robot Race will be live–streamed from 2pm on Saturday, August 28.