Health education rises to the top of the Wits SRC’s priority cards as Endometriosis Awareness Month comes to an end. 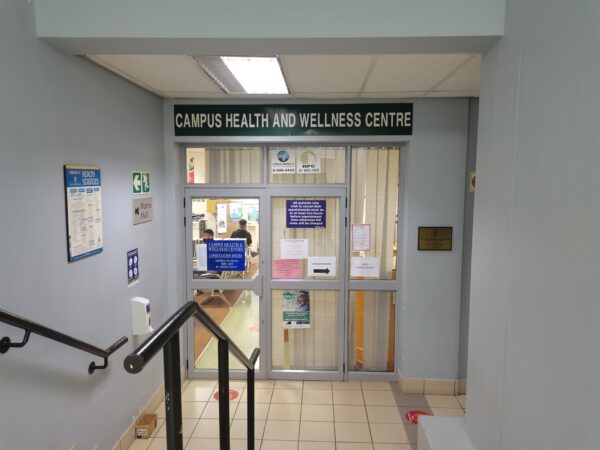 Campus Health and Wellness Centre nurses say many students suffer from endometriosis without even realising it. Photo: Busisiwe Mdluli

The Wits SRC held an endometriosis campaign on March 31 at Solomon Mahlangu House to raise public awareness and understanding of endometriosis.

Wits SRC health officer Mapula Mohale said the SRC chose to focus on endometriosis because many students had come to her regarding menstruation since her election to the post six months ago. She says about 200 students actively participated in the event by asking questions about endometriosis and answering questions posed by guest speakers.

According to the Mayo Clinic, endometriosis is a disorder in which tissue that normally lines the uterus grows outside the uterus. With endometriosis, tissue can be found on the ovaries, fallopian tubes or intestines. The most common symptoms are pain and menstrual irregularities. Treatments such as hormones and surgery are available.

Mohale said the SRC learned through the Campus and Wellness Centre that many students suffer from endometriosis without even knowing it. She believes that raising awareness of it may help women recognise the symptoms and find medical assistance at an early stage.

A Campus Health nurse, Siminathi Bilankulu, said endometriosis may be treated with surgery, medication or contraceptives, however, they can only provide free contraceptives to patients. Should severe menstrual bleeding persist, they refer patients to a hospital.

A third-year public relations student at Rosebank College, Nontobeko Dlamini, was a guest speaker at the endometriosis awareness campaign because she was diagnosed with endometriosis in 2019.

Between 2016 and 2019, Dlamini underwent two surgeries and two medical procedures. She was put on medication by her doctors, but it caused side effects such as weight loss, hair loss, depression and anxiety.

After her diagnosis, Dlamini had to change her diet and eat boiled foods that contained limited salt, for instance chicken and vegetables. She also had to reduce her consumption of alcohol and fizzy drinks. Before Dlamini was diagnosed with endometriosis, she struggled to attend classes and submit assignments during her menstrual cycle.

Wits students who attended the campaign were enabled to define endometriosis, understand what its symptoms and causes are, and how it can be treated.

Mohale said the SRC will host another endometriosis event next year, and the Wits SRC plans to hold health discussions on social media platforms such as YouTube, to give insights into health-related issues.