Law student sees participation in Miss SA pageant as a platform to improve the lives of women and children.

A Wits BA law graduate and LLB student has made it to the Top 30 of the Miss South Africa 2022.

Itumeleng Parage’s name was among the shortlist announced on the pageant’s social media on May 16. Miss South Africa is an annual pageant for women older than 20 years who vie to become the country’s brand ambassador. According to Miss SA spokesperson Janine Walker, the Top 10 contestants will be announced in June 13 and Miss SA 2022 will be crowned in August.

Fashion designer and Miss SA 2022 judge, Khosi Nkosi, says “The calibre of entries showcased the vast facets of our country.”

Parage, 22, told Wits Vuvuzela that if she wins, she will use the platform to serve people and to help uplift their lives. “Miss South Africa is not just about the crown, it represents young women following their dreams and trying to make a difference in the world,” said Parage, who uses her qualification to provide free legal services to students at the Wits Law Clinic. 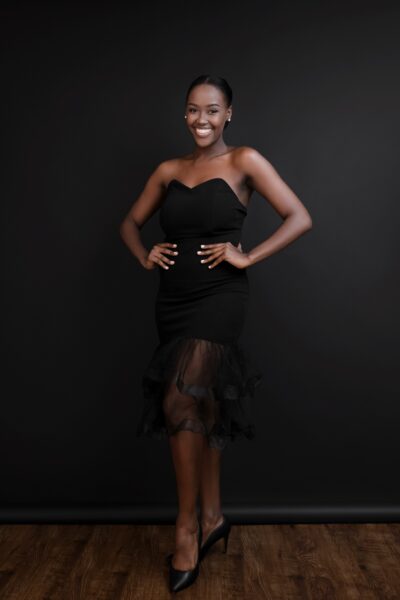 In 2019, she started a mentorship programme called Sister Sister, aimed at inspiring and exposing young women from her community, Pimville in Soweto, to growth opportunities.

Parage said that she has competed in pageants since the age of 14, including being crowned Miss Soweto High Schools 2016, and a finalist in Miss Soweto 2019.

She credits the “Wits Edge” – the intense pressure of being a Wits student – with having taught her discipline and hard work. She promised to carry it with her if crowned Miss South Africa.

“What stands out with Tumi is her selflessness, compassion and her care for the wellbeing of others,” said Sello Mathibela, a fellow LLB student at Wits and long-time friend of Parage’s.

The Miss SA finalist urges young women to spend time in understanding their purpose because even if they don’t make it, they’ll still be content in following their dreams.

Parage said that regardless of whether or not she wins Miss SA, she is still going to be in public service, improving the lives of women and children, and shining a light in her community. “Even if I don’t make it further in the competition, I would have gained a lot of skills that I will impart back into my community,” she said.

FEATURED IMAGE: Itumeleng Parage has made it to the Top 30 of Miss South Africa 2022 Photo: Miss SA