Two UCT graduates and a Witsie who became company executives before their 30th birthdays, are an inspiration to South Africa’s youth.

Becoming a company executive is an impressive feat and with a 63.9% youth unemployment rate as of March 2022, the Varsity Vibe trio, who achieved this in their twenties, are testament of how hard work pays off.

Despite growing up in different provinces, their collective efforts have resulted in approximately 470 000 users of the app countrywide, with 2022 seeing the biggest growth of 162 000 users by June 1, according to Peter.

Talotti started Ikeys Vibe in 2010 for UCT students while completing accounting articles at KPMG. In 2013, Peter, then studying towards a BCom corporate finance and marketing at Wits, assisted the company’s expansion with Wits Vibe the following year. After completing his articles, Talotti worked in London to build capital, and returned to start Varsity Vibe.

In 2018, Mohamed, who was captain of the UCT cheerleading team run by Ikeys Vibe, pitched a marketing campaign to Talotti, which received a positive online response. The economics, industrial sociology and fashion graduate asked for, and got, an internship the following year.

All three say they held several jobs while completing their tertiary studies, and Talotti says this taught him “the value of things, not just the price”. Hard work put the team in good standing for what was required to get them to where they are today. 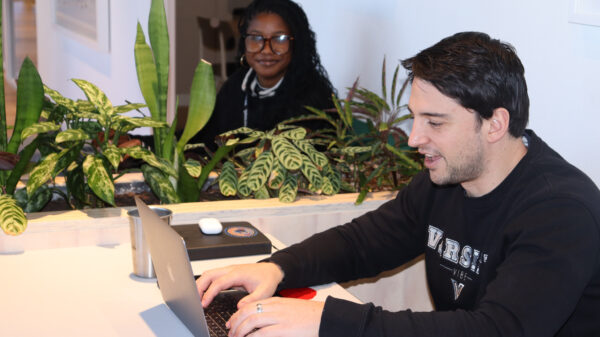 Mohamed says she did not expect her growth in the company: “From [a 22-year-old] intern I’ve grown the role to where I am now, heading up a whole division of the business.”

The trio have faced challenges, one of which Peter says was not “being taken [‘seriously’] by older counterparts… You inevitably come up against those who will doubt you, based purely on your age.”

Working outside traditional hours can also be challenging on a social level, says Peter, while Talotti says reaching this level requires one to work harder than those around.

The three executives have used Varsity Vibe not just to help students save money, but to develop their skills and promote youth-owned businesses. The Student Business Initiative enables these businesses to be listed on Varsity Vibe free of charge, assisted with marketing strategy, brand identity and exposure, says Peter.

The company also employs Vibe Agents, students who earn commission by answering questions and explaining how the app works to peers. Murabi Maligana Junior (20), a Wits LLB student and Vibe Agent, told Wits Vuvuzela that this has allowed him to “make a quick buck”.

The company has seven full-time employees and Talotti says he prefers hiring new graduates when taking on staff. “I also then try and train them… and try help them grow in the role we see them excelling in.”

June being youth month, will see Varsity Vibe launch new brands and student-owned businesses. The company will also launch a campaign focusing on stories aimed at inspiring the youth.

“Their success is inspiring to me as a young person,” said Sarah Opperman (21), a BA English and maths student and app user.

The Varsity Vibe team believes jobs are available outside traditional career paths for youth on the job hunt. They suggest looking for gaps in the market, creating opportunities or pursuing the developing technological space.

The team encourages the youth to work consistently and to go the extra mile. “[Success tastes] even sweeter when it feels like it has been earned properly,” says Talotti.