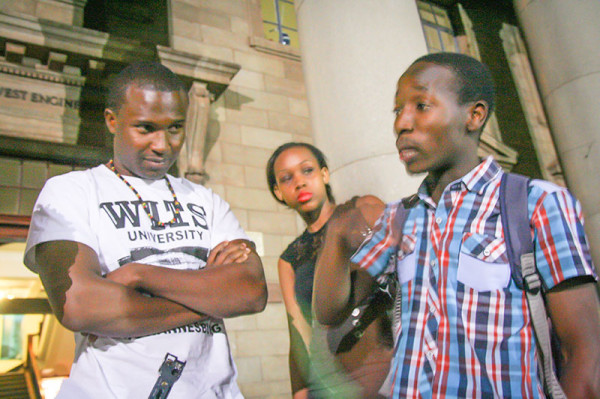 PROJECT W has accused the Progressive Youth Alliance (PYA) of shutting it down in a “conniving manner” after Monday’s constitutional meeting that allocated portfolios.

Project W did not make it onto the executive team despite winning seven of 15 directly elected seats on the SRC.

The PYA won eight seats but has an additional four seats on the SRC which were elected indirectly.

Project W’s Jamie Mighti (@thenextbarack)said they came to the PYA “with open arms but we were shut down in a systemic, ruthless and conniving manner. Bayas’jwayela [they are disrespecting us]”.

Project W ‘s Jabulile Mabuza (@ceejaymabuza) said it was “clear that they don’t want to work with us”. She said they had been sidelined and called it an “insult to democracy”.

“You are saying people can do whatever they want as long as you have one more vote,” Mabuza said.

Wits Vuvuzela was given a copy of a Whatsapp group conversation between some Project W members and the PYA deployment committee made up of current and former SRC members. [pullquote align=”right”]“We would desire Mighti Jamie for the position of VP [vice president] and Jabulile Mabuza for deputy secretary-general,”[/pullquote]

In the conversation, Mighti was asked which portfolios Project W members wanted and who they wanted in those positions. Mighti said Project W wanted himself and Mabuza in executive positions.

“We would desire Mighti Jamie for the position of VP [vice president] and Jabulile Mabuza for deputy secretary-general,” he said.

Mighti said Project W wanted those positions because it would give them representation in meetings only available to members of the executive team.

“We would also be able to put our views to these decision-making bodies [senate, council and convocation].”
SRC president Sibulele Mgudlwa (@Sibulele_) asked Mighti: “May I ask: does it matter if [Project] W is not in exec? Will it affect their performance in SRC?”

Mighti responded: “I definitely think it will send the message that our say is not valuable to the decision-making process, we would like a voice at the very least in the university structures.”

Mighti warned that excluding Project W would “create an atmosphere of adversity, in that it is the PYA executive versus the Project W candidates, this may lead to more fractious relations over time.”

Two new SRC portfolios were created and some were merged. Mighti said they were not consulted on this.

Thothela said they had spoken to Project W members to ask them which portfolios they would want.

Verachia said Project W’s disappointment was because they may have been “ambitious of the portfolios they wanted”.

Verachia said unifying the team would not happen “over night” but he was ready for the job ahead: “It’s a huge responsibility and I am up for the challenge.”

SRC President announced: The winner takes it all, September 17, 2013