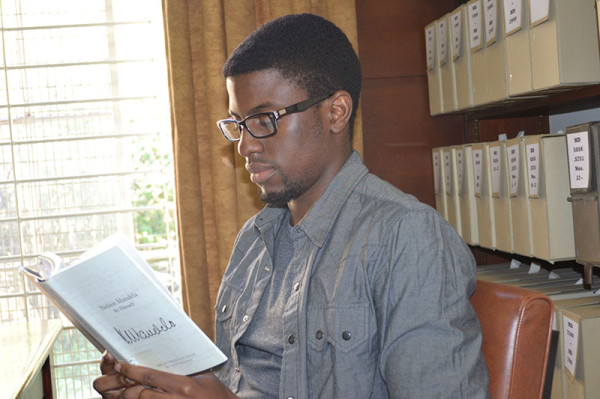 Wits has not a module for black consciousness, a movement popularised by Steve Biko, since the dismissal of a politics lecturer last year.

The popular module was taught by Prof Rupert Taylor, who was dismissed last year following allegations of sexual harassment.

[pullquote]“The course that was given was a competent introduction into black consciousness and an important contribution given the reality of liberal universities murdering Biko,”[/pullquote]

According to Glaser, black consciousness was taught by Taylor as an extension of his own interests and specialities.

“The course content to some extent is decided by the interests and specialities of the members of staff and Rupert Taylor had an interest in that subject,” said Glaser.

The module was part of a first-year course introduction to politics, which has was focused on South African politics.

Andile Mngxitama, an official for the Economic Freedom Fighters (EFF),was a prominent guest lecturer for module. He said the discontinued module was needed because “liberal universities” disregard Biko and the Black Consciousness Movement.

“The course that was given was a competent introduction into black consciousness and an important contribution given the reality of liberal universities murdering Biko”, Mngxitama said.

Glaser argued that while black consciousness is important, it was only one ideology among many in South Africa.

“[We] would have to single out one ideology from the diversity of ideologies and movements in South Africa.”

Some former students of the module argued that while black consciousness was important, the university had to be selective about which South African movements and political ideologies it would teach.

“We don’t talk about Afrikaner nationalism and Afrikaans identity and the department must think carefully about the kind conversations we want our students to have,” said politics masters student and activist Pearl Pillay.

According to associate professor in politics Ahmed Veriava, Taylor’s replacement in the department is Lawrence Hamilton. Hamilton is a former professor of political theory at the University of Johannesburg and is due to start in June 2014.