Rapists can also ‘get their way’ online 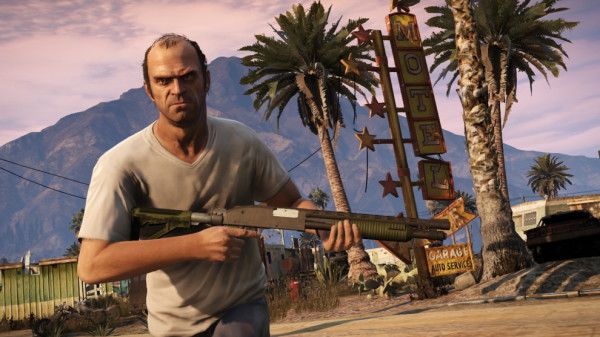 One of the characters of Grand Theft Auto 5.
Photo: buzz wide

THE VIRTUAL rapist who has recently appeared in the popular Grand Theft Auto 5 game, could “perpetuate the ritual of rape”, a psychologist has said.

Judith Ancer was commenting on the fact that the action-adventure game was recently hacked in order to create a character called Deep in The Butt, who specialises solely in terrorising and raping other online players in the butt.

Ancer said the implications of this were complex. If this kind of behaviour was accessible to people who had been exposed to sexual violence or abuse, it could perpetuate the ritual of rape.

This kind of fantasy created a “reality that women are victims of rape”, and that could have its implications in society.

She said that this implication can be detrimental to both men and women. “More so with men because they are more secretive about such issues,” Ancer said.

Not that all fantasies led to reality, she said. “I don’t think we should ban all fantasies but there are risks … If exposure didn’t make a diff erence we wouldn’t have advertising.”

Witsies had mixed reactions to the issue. Boitumelo Mpakanyane, BA Politics, did not see it as a problem. “If you can’t separate right from wrong that’s your problem, it’s just a game,” he said.

On the other hand, Edward Chan, 3rd year Bio-Science, said virtual rape “is not ethical and it’s an issue that should be looked into”. And Blaise Koetsie, 3rd year Law, said she was horrifi ed. She added that the way “we women are portrayed in the media is disrespectful and sad”.

“How are men supposed to respect us … I don’t like what the media promotes these days, I think it’s disgusting.”

In the game, the GTA5 terrorist always has his pants down, ready to molest his next victim. Although they get countless attempts to fi ght the perpetrator off , his victims always fail to kill him. When the off ender is done, his victims are left doing a strip dance as a sign of his victory.

When the game was released in September, there was discussion about whether characters should be able to rape. The owners, Rockstars Games, did not approve this change.

It did not stop hackers from accomplishing their mission, however, in their modifi cation of the game, which can be downloaded unoffi cially, whether the owners approve or not.

“To be murdered is to be killed. It ends. To be raped is to be abused and left vulnerable and most importantly, having to live with that knowledge for the rest of your life,” he said.

When Wits Vuvuzela contacted Rockstar Games for comment, they received an automated reply, which stated: “Your comment has been received, Thanks”.