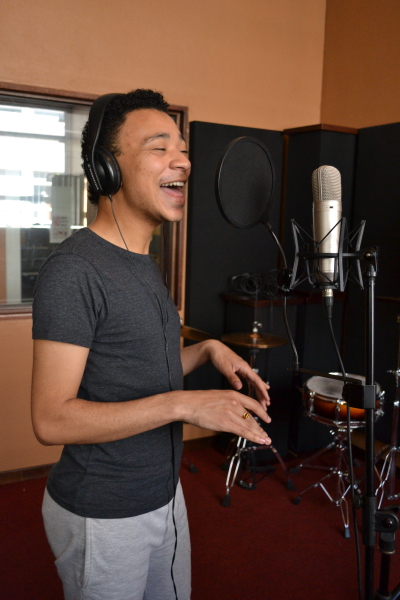 FOURTH year BMus Wits student Sean Jacobs is a jazz vocalist who performs regularly at local jazz venues. His greatest achievement was being chosen to perform at the Nelson Mandela Memorial last year alongside well-known jazz vocalist Lira. He is also a pianist and flautist.

Did you always know you wanted to sing?

I started singing from a young age. Then I stopped in grade ten and took up the flute. It was after a year’s course in theatre that I realised that singing is my passion. I realised I had the desire to use my voice to translate meaning. I believe that music can be used for the social betterment of others and I enjoy doing that.

What has been the highlight of your music career?

It was when I performed at Nelson Mandela’s memorial last year. I got to meet Lira, who was also performing. The great thing about my career path is that I also get to travel and, last year, I got to perform for an Investec corporate event in Mauritius.

Do you think the South African music industry has room for jazz artists?

I think our industry is small but diverse. There is space to be different. Talent needs to be balanced with hard work. Some artists depend on talent and that attitude is what fails them in the end. Musicians of all genres also need to network, a lot, and get as many contacts as possible and make themselves known.

I like listening to people who set the trends – music pioneers. I draw inspiration from different people who infuse genres cleverly like Frank Sinatra, Ella Fitzgerald, The Carpenters, Pharrell Williams, Marcus Wyatt and sometimes I listen to rock music.

If you were not doing music what would you be doing?

I would be acting. I’m very involved in the music industry and I wouldn’t trade it for anything else.

What do you think about the notion that a music degree is not like any other Wits degree?

People often look down on music and drama students because they don’t know that, in order to do well, it takes hard work and dedication like any other degree at Wits.

Do you practise your vocals at res?

No, if I had to practise at res it would be disruptive to other students. I sometimes sing in my room but not too loud as I would when I’m practising or performing.