SLICE OF LIFE: Paying the rent as a journalist 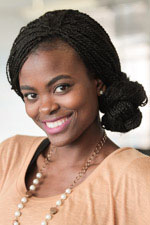 “The only by-line I care about is the one on a cheque” sums up what I took away from the presentation by two seasoned journalists at today’s Power Reporting conference. ‘How to Pay the Rent’ by Raymond and Natasha Joseph, was one of the most well-attended sessions at the conference which took place at Wits University.

As an almost Journalism graduate, I will be the first to admit that despite the nonchalant front I put up about the by-line, it was a very big deal to me. Before the presentation I acted like the infamous by-line did not phase me, although I would work very hard and sometimes free to see my name printed on a newspaper or a glossy magazine. Forget the hours I would dedicated for a by-line, friends and family would easily be shunned if they stood in the way of my glory.

“The free in freelance doesn’t mean free,” he said.

Daughter Natasha, the news editor of the City Press, said that not charging a fee for your work sends the message that “you do not value your work”.

Paying the rent is one of the leading factors of stress in the country, and paying the rent as a journalist is even more stressful. Despite the fact that journalists, put in as much hours as doctors at times, however, they do not get paid nearly as much.

The Josephs emphasised that in order to pay the rent, a journalist should care less about the by-line and more about being well read, pitching a relevant story and having a thick enough skin to ask about the cheque upfront. Natasha added that she also found that curiosity and great sense of humour also came in handy in the cut-throat industry.

As I am about to become a full time journalist I am going into the industry with a change of heart about the glorious by-line. However great it is to see my name printed, I have learned that the joys of a by-line are short lived and most importantly, they do not pay the bills.