Abram Fischer, commonly known as Bram Fischer (1908-1975), was honoured at the University of Witwatersrand with an honorary doctorate and colloquium on March 26, for his place in the history of the struggle against apartheid. 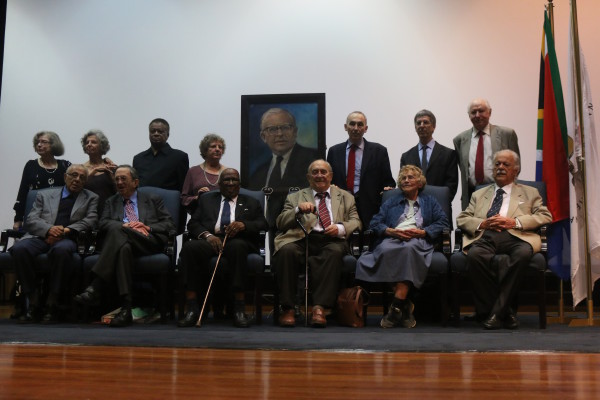 1.  Nelson Mandela has credited Fischer for saving him and other senior leadership of the ANC (African National Congress) from the gallows during the Rivonia Trial.

2. He is the only revolutionary communist leader to have played rugby as scrumhalf against the All Blacks for the Free State Province.

4. In 1930 he was awarded the Rhodes scholarship and attended New College at Oxford where he received a diploma in law and economics.

5.   His wife, Molly, who was also a political activist, died in a freak car accident shortly after the Rivonia Trial verdict, a fact that Fischer did not mention whilst visiting his comrades on Robben Island, a week later, so as not to burden them.

6. Fischer was a part time lecturer in law at Wits during the time he was building up his practice at the Bar

7. He used the surname “Black” as a pseudonym in 1965 when he went underground for 9 months

8. Whilst in prison, Fischer was unable to attend the funeral of his son Paul who suffered from cystic fibrosis and died at the age of 23

9. After his arrest and sentence, Fischer was asked whether his sacrifice was worth it. He was offended by the question and replied, “Did you ask Nelson Mandela, Walter Sisulu, Govan Mbeki or Kathy Kathrada or any others that have already suffered this punishment? If not, why do you ask me?”

10. Fischer died cancer in 1975 at his brothers home in Bloemfontein, after being released from jail a few weeks prior.