Facebook removed an image depicting a person wearing a t-shirt with the words “F*ck White People” from the Wits Vuvuzela Facebook account after a similar picture created a stir on social media. 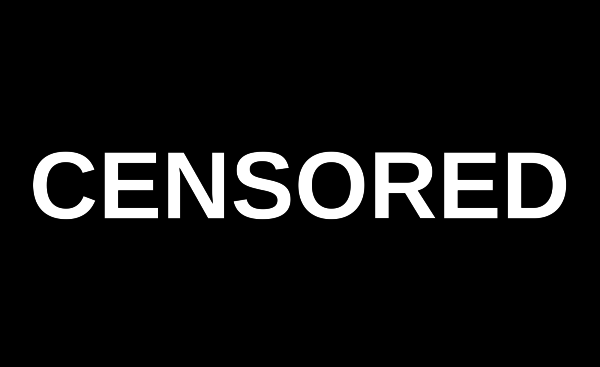 The post was in the form of a gallery of images that depicted students wearing t-shirts reading “F*ck White people” and “F*ck De Klerk” at a demonstration, in solidarity with a fellow student, that was held at the Great Hall Piazza yesterday. 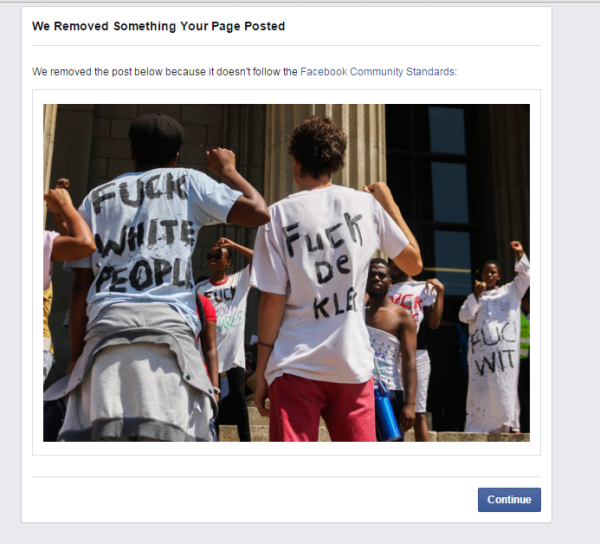 The protest came after third-year Mathematical Sciences, Zama Mthunzi, was reported to the South African Human Rights Commission (SAHRC) for hate speech after images of him wearing a t-shirt reading “F*ck White People” caused a stir on social media. The t-shirt was created during an artistic protest because of, amongst others, the financial exclusion of poor students and the presence of security personnel on campus.

Under the Facebook Community Standards section on hate speech, the social media application states that it removes content that directly attacks people based on their race, ethnicity, national origin, religious affiliation, sexual orientation, sex, gender identity or serious disabilities or diseases. The organisation does however state that it allows the facilitation of discussion and debate.

“People can use Facebook to challenge ideas, institutions, and practices … Sometimes people share content containing someone else’s hate speech for the purpose of raising awareness or educating others about that hate speech. When this is the case, we expect people to clearly indicate their purpose,” according to Facebook’s policy.

The image that was removed was among other images in the gallery depicting students protesting with t-shirts sprayed with “F*ck Wits”, “F*ck White Tears” and “Being Black is Sh*t.”