Lectures were suspended today amid clashes over the language policy at the University of Pretoria. 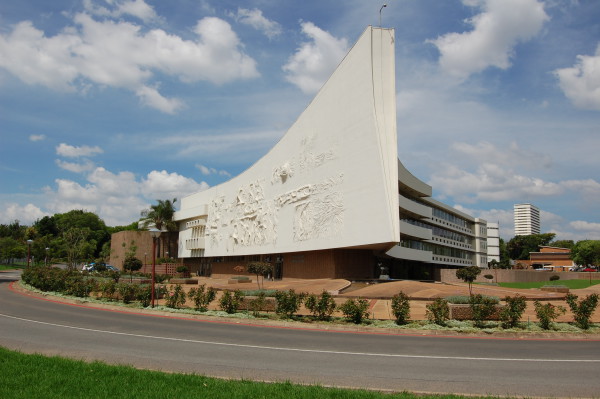 The University of Pretoria. Photo: By Mike-Prins via Wikimedia Commons

Protests escalated and lectures were cancelled as clashes intensified over the language policy at the University of Pretoria today.

Protestors gathered on campus as well as at the Pretoria Magistrate’s court today where at least 24 students appeared in court on charges of public violence after they were arrested on Friday according to News24. The case of the students was postponed to April 7.

This comes after protests broke out last week where members of the Economic Freedom Fighters student command clashed with members from AfriForum Youth, demanding that Afrikaans be removed as a language of instruction from the university.

The university has since released a statement announcing their plans to offer lectures in English only. “To promote multilingualism and student success it is proposed that Afrikaans and Sepedi be used to provide additional support to students,” said the university. 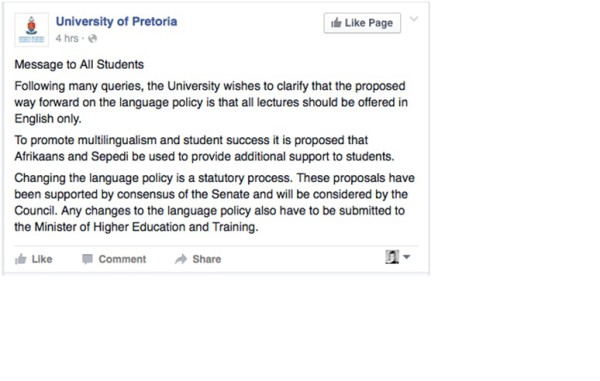 Screen grab of the University of Pretoria’s statement

However not all the protestors demands have been met with a memorandum being read out at the UP amphitheatre today outlining further demands including the renaming of the university, replacing residence traditions with more culturally diverse ones and having a more demographically representative intake of students.

A member of the leadership of the EFF student command, Naledi Chirwa, said that just removing the language as a medium of instruction is not enough because the university favours Afrikaans. “We want Afrikaans to fall from buildings, question papers and textbooks,” said Chirwa.

Additional security measures have been instituted as the campus continues to remain closed tomorrow.

“University management are seeking to meet with protest leaders to find a peaceful solution to the current situation,” said the university.