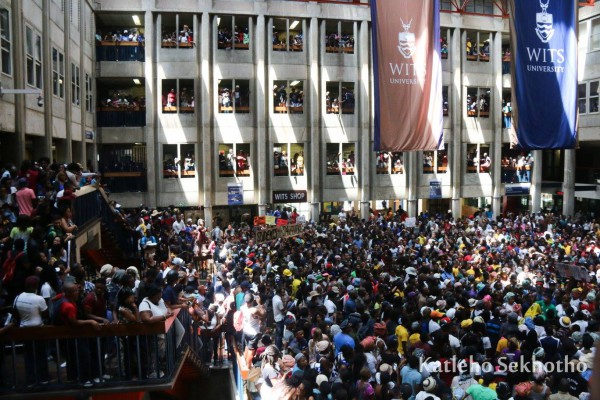 It’s been known as ‘Solomon House’ by many Wits students since last year’s #FeesMustFall protests but soon, following an unanimous decision by a university committee, the name will be official.

A proposal by the Wits Student Representative Council (SRC) to rename Senate House to Solomon Mahlangu House was approved in a Wits Naming Committee meeting.

Announcement made on anniversary of Solomon Mahlangu’s Death

Fasiha Hassan, the secretary general of the SRC, said that this was not the first time that they had presented the proposal change the name but to management but this time was successful. The announcement comes as historical day because it also marks the anniversary of Solomon Mahlangu’s death.

Solomon Kalushi Mahlangu was an operative of the ANC militant wing, Umkhonto weSizwe, he was executed 37 years ago by the apartheid government.

“The renaming of the space which has been the centre of student protest will be in commemoration of Solomon Mahlangu’s contribution to our SA and the role he played in the reigniting of the youth in 2015 during the #FeesMustFall protests,” said the Wits SRC in a statement released on Twitter.

Prof Tawana Kupe, chairperson of the Naming Committee and deputy vice-chancellor, said in a statement that they reviewed a number of submissions to rename Senate House prior to making this decision.