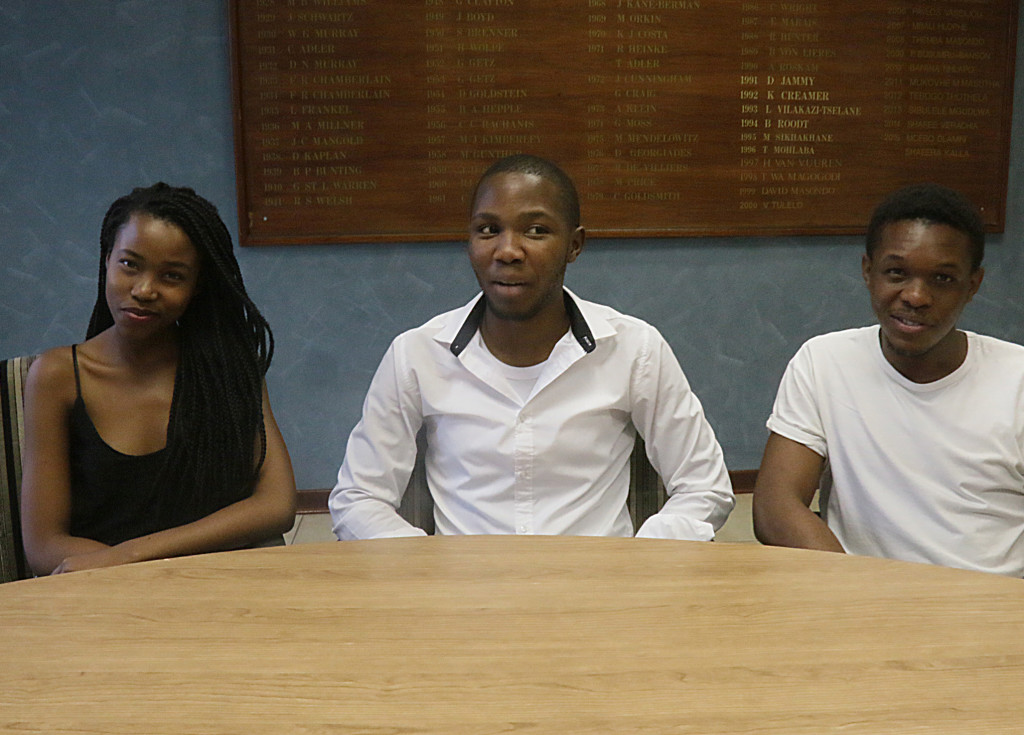 Correction: An earlier version of this article incorrectly spelled Kusasalethu Majangaza’s surname. Wits Vuvuzela regrets this mistake and we have corrected this  in the article below.

THE FIRST year at university can be daunting, which is why the SRC initiated the “Adopt a First-Year Programme” to provide academic and social support to first-year students.

The programme encourages senior and postgraduate students to apply to be first-year mentors. The aim of the programme is to counter the high rate of dropping out and academic exclusions amongst first-years by making the academic space a little less frightening.

The programme is only in its grassroots phase and the immediate aim is to prepare students for the June exams by providing them with stationery, tutoring and mark reviews.

However, the programme is meant to be fun and to give the first-year students a realistic perception and experience of varsity life.

Adopt a First Year different from other programmes

“We like to call them ‘coaches’ instead of mentors,” said Mzwanele Ntshwanti, the projects, media and campaigns Officer of the Wits SRC. The coaches need to be “academically excelling” as well as involved in university activities “so that the first-year doesn’t think that they have to be in the library 24 hours. They must be all rounded people that will give an all rounded Joburg life,” said Ntshwanti.

Kusasalethu Majangaza, one of the sub-committee members involved in establishing the project said in his past experience as a first-year with the Big Brother programme at res, he saw that it was not as involved as he would have liked it to be. This is why they are taking a more involved approach with “Adopt a First Year”.

“There are no follow ups as to, ‘how are you coping? How is the relationship, is it helpful? Would you like to change? Are you getting along?’” said Majangaza.
Ntshwanti said that in his three years of mentoring first years, he’s found that there are students who adjust easily to university life and those who don’t, facing the risk of exclusion. These high-risk students need to be aware that academic exclusion is not final and that they will have support upon returning to varsity.

“Those are the kinds of things we do for them. We are not saying that they are definitely going to pass because we are mentoring them. But we are going to coach them into finding themselves,” said Ntshwanti.