Freedom Ride Jozi is on our doorstep

Freedom Ride Jozi will be taking place on Sunday 17 April as cyclists take to the street to  promote cycling as a mode of transport in the city and raise support for disadvantaged riders. 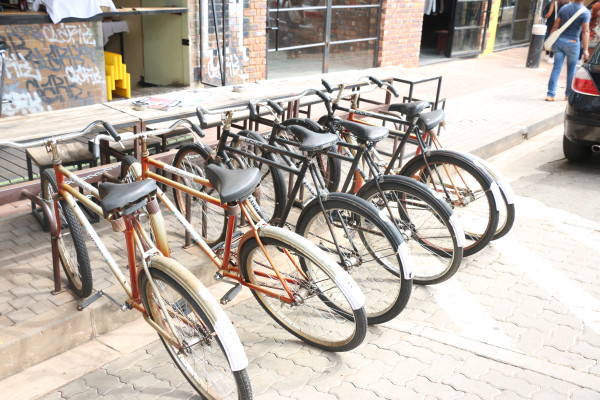 THE FIFTH event of the Freedom Ride Jozi will be taking place on Sunday April 17 as cyclists take to the street to  promote cycling as a mode of transport in the city and raise support for disadvantaged riders.
The Freedom Ride was started in February 2014 by cycling activists in partnership with the City of Johannesburg. The Freedom Ride is an initiative that hopes to promote future cycling development by highlighting the cycling routes within the city. It also aims to connect communities and create a greener, more unified city.The 35km ride is free of charge and encourages professional cyclists and newbies of all ages to join. The Freedom Ride website says the ride is a “social event” that “aims to be a celebration of Nelson Mandela’s legacy, to break through the social barriers and connect both people and places”.

The ride will start on the Nelson Mandela Bridge at 7:30am and cyclists will ride along a planned bicycle lane which goes through Brixton. The cyclists will then follow the Rea Vaya bus route which will pass the Newclare Cemetery where Walter Sisulu is buried. The route will take cyclists into Soweto and pass the historic Orlando Stadium, then along Vilakazi Street where the Tutu and Mandela houses are and the Hector Pieterson memorial is situated.
The cyclists will then return up Klipspruit Valley Road into the CBD where the ride will end on the Nelson Mandela Bridge. The Freedom Ride organisation said that route allows cyclists to gain a first-hand experience of the city’s “social diversity” by cycling through “rich cultural and historical areas”.

Hugh Fraser, one of the organisers of the Freedom Ride, said: “Students are welcome to ride, which will be the biggest support.”
Experienced cyclists, commuters and social cyclists are encouraged to help on the day as ride marshals.
Even though the event is free of charge, participants are encouraged to make a donation and help raise funds to set up Bicycle Empowerment Centres and bicycle distribution programmes in lower-income areas.
The organisation hopes to promote access to bicycles for more people in Africa through supporting the work of cycle manufacturer Qhubeka and the World Bicycle Relief’s programme in South Africa.

Entries for the Freedom ride close at midnight April 16.
If you need more information on the event visit the Freedom Ride Jozi website: www.freedomride.co.za/joburg

No hill too high for para-cyclist Manaleng, Wits Vuvuzela February 2016