Students should not compete with the poor: SRC 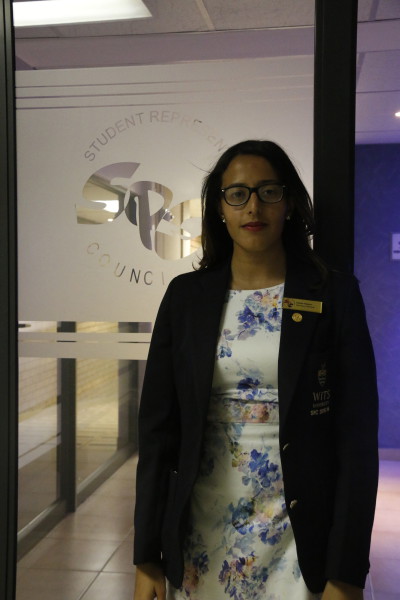 By Hazel Kimani and Nozipho Mpanza

Students should not be made to compete for government funding with poor people and other marginalised groups, said SRC general secretary Fasiha Hassan at a panel discussion on higher education on Tuesday.

Hassan was reacting to a comment from the National Treasury budget office’s Michael Sachs.

Sachs was addressing the difficulties of establishing a new funding model for tertiary education, highlighting limited government funding as an issue of importance. Sachs said students did not “recognise the constraints” of finding additional funding for higher education.

“Any rand that we allocate to one priority means taking a rand from another priority,” said Sachs as he discussed the cost implications of a new model. According to Sachs, treasury has had to cut R1.6-billion out of the provincial budget allocations to accommodate the zero percent fee increase announced last year. This meant that provincial programmes had to be downsized.

The national transport, water and infrastructure departments were also named to have suffered as a result of the new allocation of funds.

Hassan defended the call for free education in her address. She said South African students have been “irresponsibly neglected” by government and corporate structures, adding that they should not be held responsible for taking money out of the pockets of other government departments.

According to Sizwe Nxasana, the chairperson of NSFAS, the re-imagination of a new model for funding higher education is a “work-in-progress”. Nxasana said that protocols are currently being finalized and that after dealing with the SA revenue service, universities, civil society and government, a protocol will be finalized in May.

Nxasana said that the current plan is to “raise sufficient funding, about R20m per year progressively increasing, to offer a complete solution to fund poor and ‘missing middle’ students at universities and Technical Vocational Education and Training colleges.”

The general demand from the students present at the meeting was for free higher education. A student member of the audience expressed the undignifying process that is involved to receive funding for higher education, saying “we’re always proving that we’re poor”.

Nxasana said that while the South African Constitution guarantees the right to basic education, it does not refer by name to higher education.

Hassan rejected Nxasana’s argument and said the constitution should not be treated as a “religious text that we can’t critique.”

Nxasana responded by acknowledging that “the system is broken” and that free higher education cannot be afforded as yet.