NEW fertility app functions as effectively as contraceptive pills and patches to prevent pregnancies with no hormonal side effects, according to a recent study in Sweden.The new app allows women to measure their temperature every morning and enter it into the Natural Cycle App. Once the process is finished, it will inform the user of when she has ovulated or is likely to ovulate in her next cycle, thus identifying when a women can or cannot get pregnant.

Approximately 4054 women between 20 and 35 years old have used the app to prevent pregnancies. 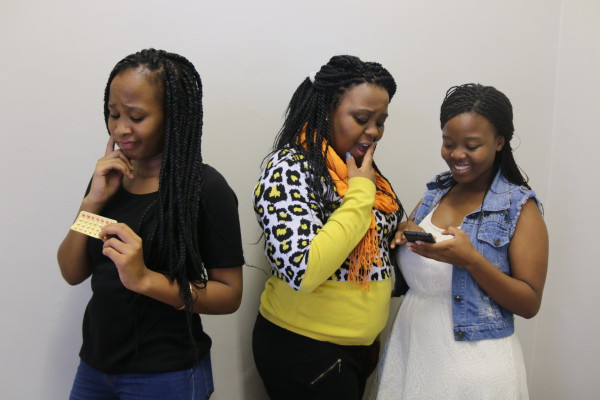 FROM TRADITIONAL TO TECHNOLOGICAL CONTRACEPTIVES: A new study of Natural Cycle App, which is as effective as pills has been revealed.
Photo: Wendy Mothata

The study scrutinised the Pearl Index figures, universally accepted in medical research, which show that the Natural Cycle App (when used correctly) reduced accidental pregnancies of five in every 1 000 women compared to the pill that reduced the number to three in 1 000 women.

The app consists of “green” and “red” days, sex is safe on green days and not safe on red days.

“No, a very big no. We can’t rely on technology that much.”

But Dr Niyo Akerele of Wits Campus Health said that students should not necessarily depend on the app – they should worry about diseases and not only pregnancy. The app can really work well for women who want to get pregnant, Akerele said, but “it’s a problem when you don’t want to get pregnant because it will come with implications”.

Akerele did not agree with the app. “No, a very big no. We can’t rely on technology that much,” he said.

Third-year BA student Masetshaba Caroline Matlapeng said: “I can’t trust the app to have sex, there is a lot of admin going on, like measuring temperature each morning. I think birth control pills are much better than trusting a technological fertility app.”