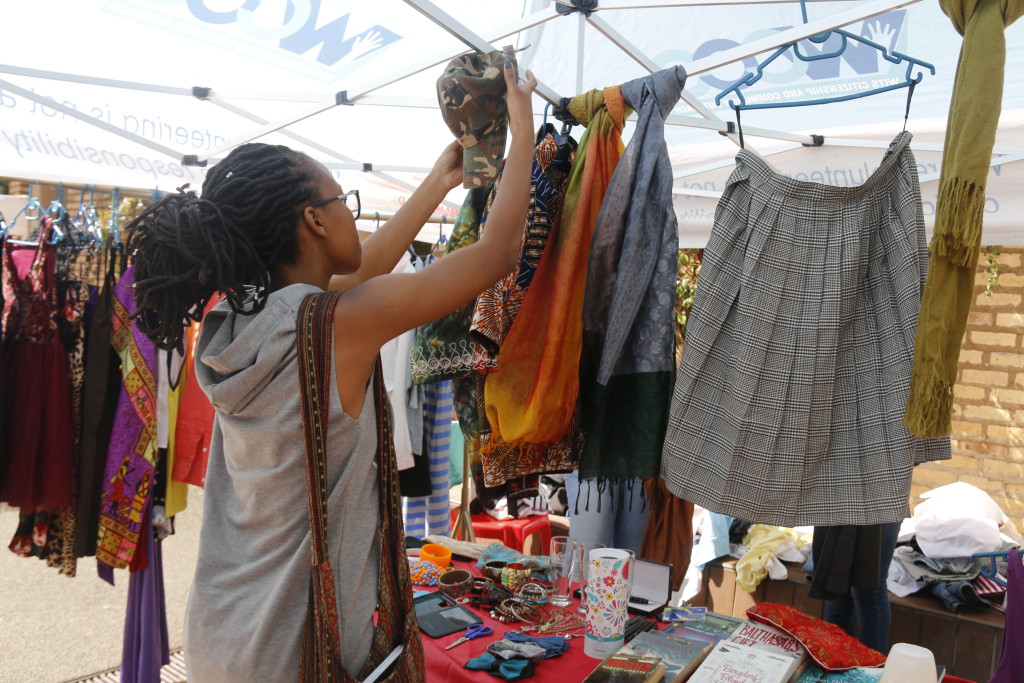 Second hand items are finding new homes and contributing to charity all at the same time through a student initiative called Tombola.

Tombola is an annual fundraising initiative started by the Uplifted Life society at Wits University last year. The society collects previously owned items from students, which they then sell on campus to raise money for their charity work.

Public relations officer Mabalenhle Mhlongo says the name for the initiative is derived from the Italian word Tombolare, which is when a person does a hand stand and their belongings fall out of their pockets. In line with this concept, the society is not particular about the kind of items they collect from students.

“We collect anything and everything, from clothes to jewellery, books and shoes. Anything that we can sell. Last year someone gave us a hammer and it sold,” said Mhlongo.

More than just a fundraising initiative.

The Tombola project is more than just a fundraising initiative where money is exchanged and soon forgotten, it aims to awaken responsibility in young people, whether it’s through donating second-hand items or buying them at a sale.

“It is not like a quick ‘here is the money leave me alone’ type of situation,” said Mhlongo.

Zvikomborero Chirozvi, a first-year electrical engineering student who wanted to buy a watch at the stand said that she loved that the items were still in good condition.

“They’ve got pretty cool stuff. It’s not old. You can actually see that this actually meant something, it is valuable,” said Chirozvi. She added that it was important for students to participate in initiatives like this to help NGOs which don’t have enough resources to improve the lives of the people they are helping.

The collected items are priced at what Mhlongo calls “student prices”, ranging from R10 to R250.

Last year the society managed to raise about R5 000, which they used towards their community outreach projects at the Zenzele Orphanage and No. 3 Kotze, a homeless shelter in Hillbrow.

Wits Vuvuzela, A sprayathon and “man chocolate” in the name of charity, September 1, 2015