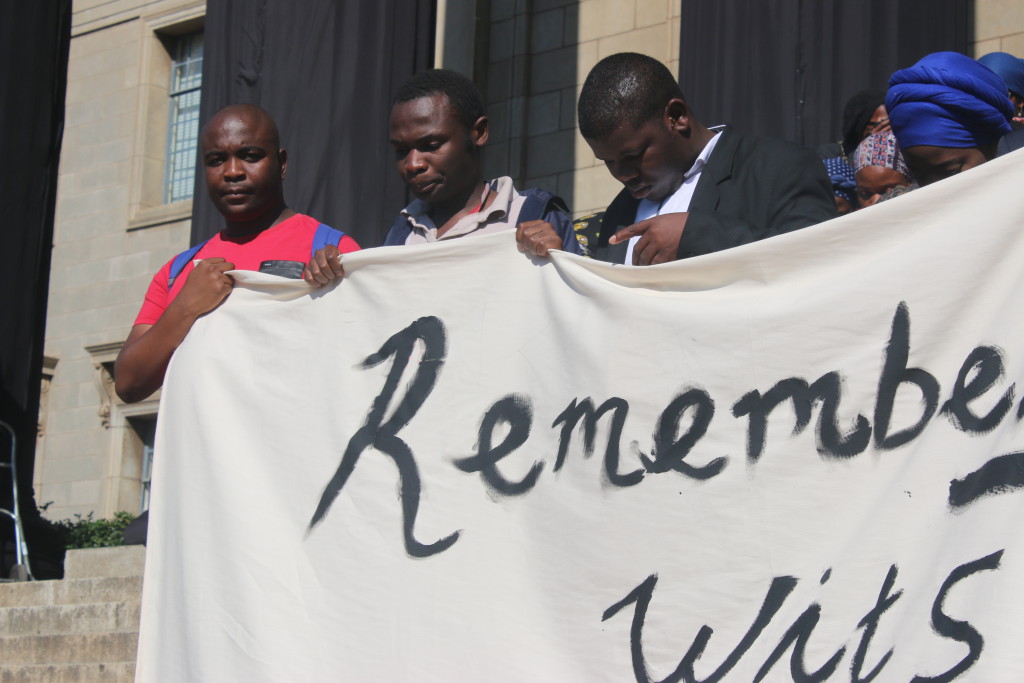 by Tebogo Tshwane and Nozipho Mpanza

The mood was sombre as staff and students of Wits University gathered outside the Great Hall today to share their grief and celebrate the lives of the seven students who died in a traffic accident on Sunday.

Led by the Wits SRC, a crowd assembled at the Wits Education Campus in Parktown and walked while singing songs of comfort to the main campus in Braamfontein where they joined several hundred fellow mourners in front of the Great Hall. Members of the ZCC student fellowship, the group to which the deceased students had belonged, carried a banner at the head of the crowd which read “Remember Wits7”.

Addressing the mourners, Dean of Students Dr Puleng Lenka-Bula said Wits wished the exit of the students from the university was through graduation and not through death. She  extended her condolences to the families and expressed the university’s regret for the loss of the #Wits7.

“We cannot say it is easy, when in a country that requires talent and educated young people who can use their talents in the development of this nation, this continent and the global community, lose their lives at prime time,” said Lenka-Bule.

Students were invited to write messages of condolence on a banner dedicated to the memory of the seven students. Candles and flowers were passed around to the crowd to lay on the steps of the Great Hall. 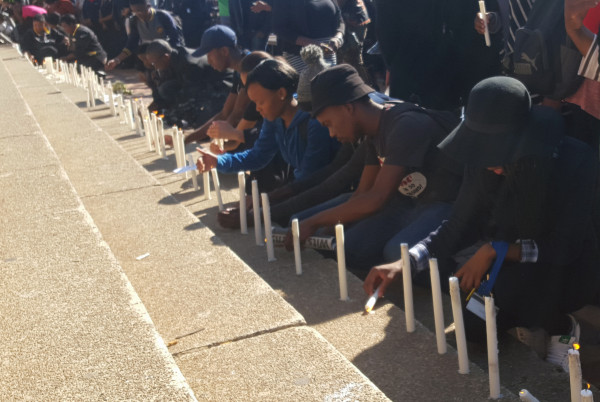 Pillars of the Great Hall

SRC President Nompendulo Mkhatshwa explained that the pillars of the Great Hall entrance were draped in black cloth to symbolise the loss that the university has been dealing with. 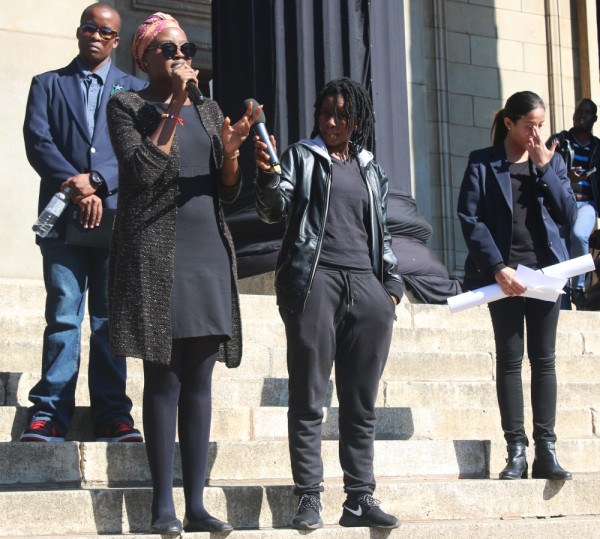 The programme ended in prayer and singing.