No wall too high to climb

Wits Mountain Club to compete against other provinces.

THE WITS University Mountain Club is preparing for the National Lead Game, where they will be competing against other provinces once a month in an attempt to qualify for the nationals in October. 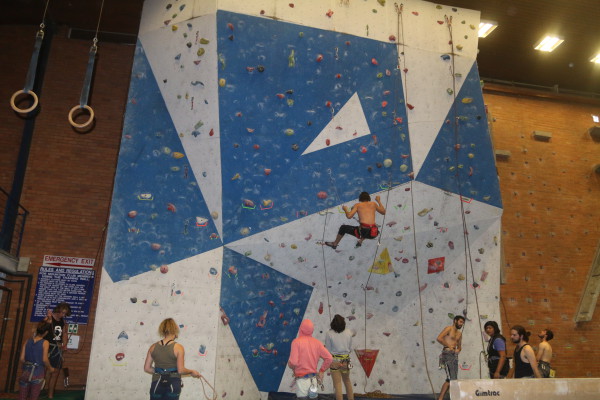 In January this year, about 30 students qualified for the Bolder League, which involves climbing without a rope. Six of those students then made it through to the nationals, representing Gauteng. Calrin Curtis, a fouth-year LLB student, came second in Open Males which is the most difficult category.

The club secretary, Josie Everatt, who has been climbing for over a year said that the sport is about challenging your body to get to the cliff. “It’s all forms of rock climbing, mountaineering and a love of the outdoors,” said Everatt.

Everatt said, “I feel confident that we will represent Gauteng and Wits well, we have been training very hard.”

“I started climbing because I was afraid of heights”

One of the club members, Chanté Eddie, a first-year BA student, joined the Mountain Club this year. She said that climbing can challenge one physically and mentally.

“It can physically break your body,” she said as she showed the scars on her arms.

Second-year BSc student Tau Merand has been climbing for over two years. He said that climbing has helped him to face his fears.

“I started climbing because I was afraid of heights,” said Merand.