Wits Pride to focus on #OppressionDenied

This years Annual Wits Pride aims to focus on opposing all forms of oppression and not just oppression found in the LGBT community. 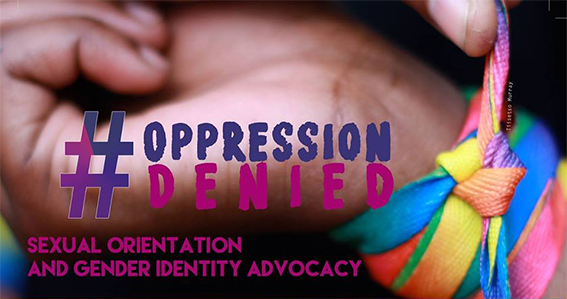 WITS PRIDE 2016: The focus for Wits Pride 2016 is to oppose all forms of oppression. Photo: Provided

Wits Pride, an annual event on campus that draws awareness to LGBT issues, has chosen for its theme this year #OppressionDenied.

“#OppressionDenied was collectively decided upon by the Wits Activate society and the Transformation and Employment Equity Office,” said Fumani Mabogoane who is the project co-ordinator for Wits Pride 2016.

“We need to acknowledge that oppression is a dynamic that links to everything,” said Mabogoane.

The theme addresses issues around sexual orientation and gender identity as well as also issues around race and class and how these all interlink. Mabogoane said that more depth should be applied to the analysis of oppression.

A recent survey found that attitudes toward the LGBT community were worsening. The Gauteng City Region Observatory conducted a Quality of Life Survey and according to the results, in one section 14% of people feel that it is acceptable to be violent towards a gay or lesbian person.

In addition to this only 56% of people agree with the statement that gay and lesbian people deserve to have equal rights. This shows a drop from the 71% that was measured in 2013.

The results show that the LGBT community there is a rise in homophobia in Gauteng. According to Mabogoane “the recent stats are scary and it shows just how slow our progress really is even with the amount of work that is being done.”

“There’s only a nationwide concern when it is reported in the media and it is a constant reminder that we still have a lot of work to do,” said Mabogoane